Are you a wine connoisseur or foodie? Thursday is your chance to experience the tastiest day of the show.

The first 250 guests receive a wine bag sponsored by Shoppers Drugmart with a surprise inside plus the chance to win other amazing prizes!

sponsored by VIA Rail 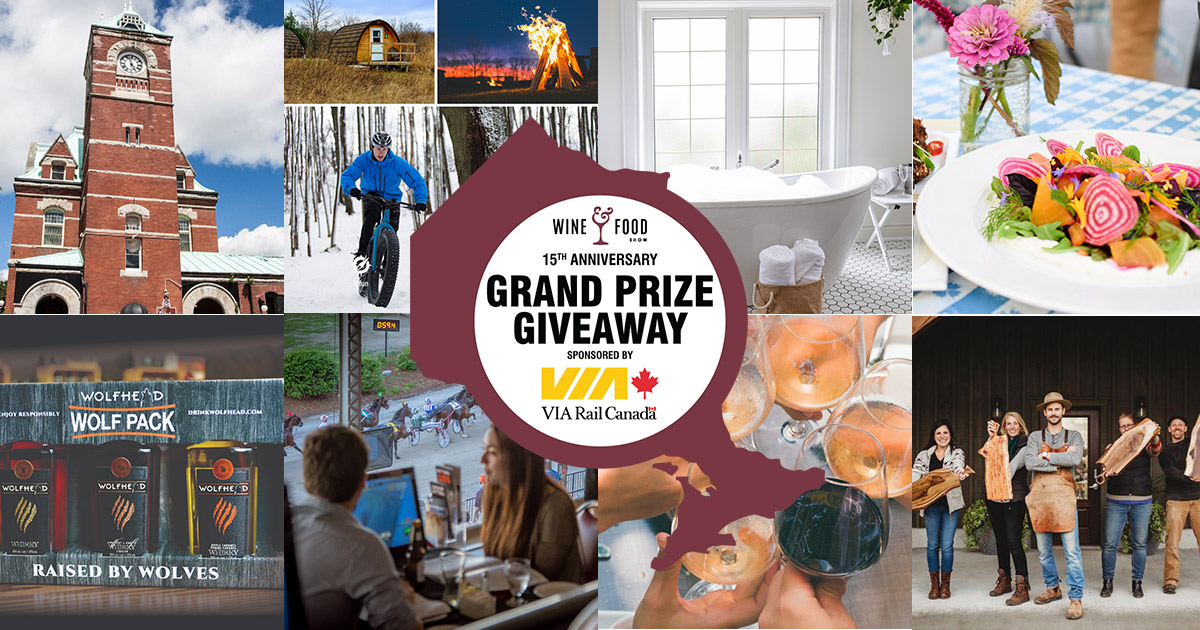 (ALL PRICES INCLUDE FEES & TAXES!!

Quantities limited. We do NOT guarantee tickets will be available for purchase at the door. Buy early before tickets are gone!

Why can’t I buy tickets online anymore?
As of 11:59PM, January 15th the online advanced ticket sale and prices ended - tickets can now be purchased at the doors.

If I bought advanced tickets, were given comp tickets or won tickets can I still get into the show on Saturday, even if it’s sold out?
Yes, our team tracks how many tickets are outstanding and how many have been redeemed to ensure advanced ticket holders can gain entry to the show at any time.

If I buy tickets at the door earlier in the day can I leave and come back later?
Tickets purchased at the door are for immediate entry only.

If I leave the show, can I return later in the day?
If you are looking to leave the show and return later you will need to get a hand stamp and ensure that you have it when you return later. Please also be aware that the show may reach capacity while you are out, if this happens you will not be permitted back in until space is available. We recommend planning to come at a time when you can stay and not have to leave.

Must be 19+ years to attend.
No babies, toddlers or children at the show. 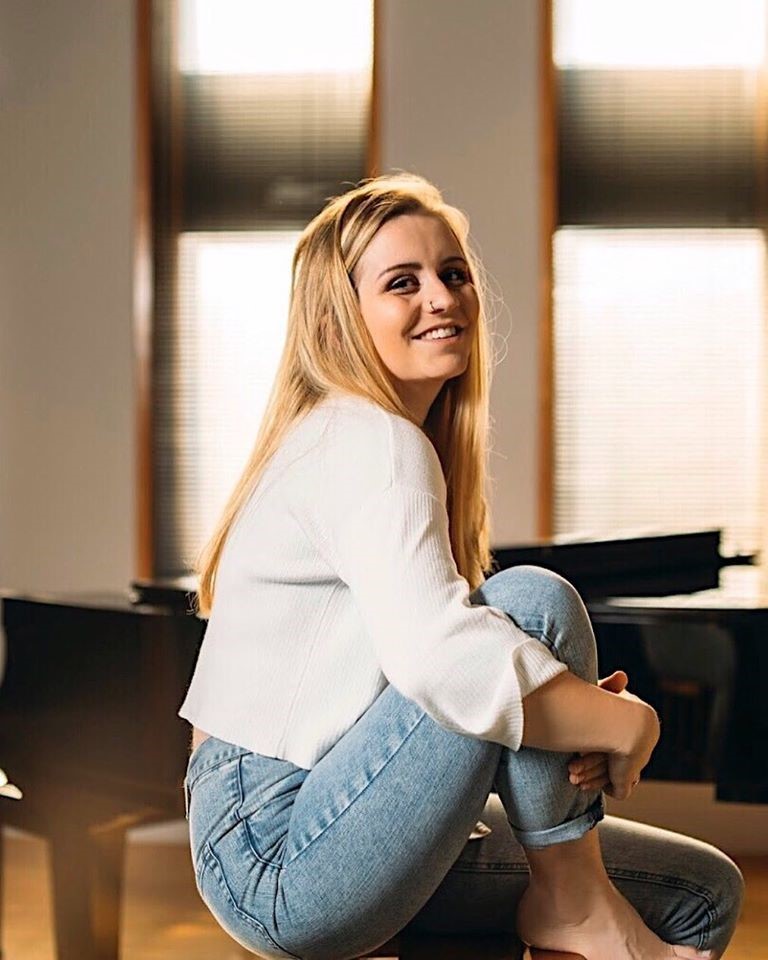 Sarina Haggarty is an inspirational figure for many. With the wide amount of support and fans, Sarina has performed in many venues in her hometown such as London Music Hall and Aeolian Hall. Successfully selling out London Ontario’s top venues, her music branches out into every genre possible. She has had encounters with artists such as Sarah Smith, Kim Churchill, George Fox, Tyler Shaw, Shawn Mendes and Mark Schulman.

Being involved with FCLMA (Winning Fan Favourite 2018), Bethany’s Hope Foundation, Make-A-Wish, LHSC, she always uses her music ability to raise money for various charities in any way possible. Sarina frequently gets interviewed on National Radio stations and has had many articles written on her journey. Radio stations such as Country 104, CFPL 980, 103.1 Fresh Fm, Fm 96.7, Jack Fm, CBC London, Easy 101 and CHYM 96.7. She has shared her journey with companies such as CBC and Rogers. Her music has gained attention from many in the music industry for her soulful songs that are beyond her years. She is looking forward to releasing new music this year. 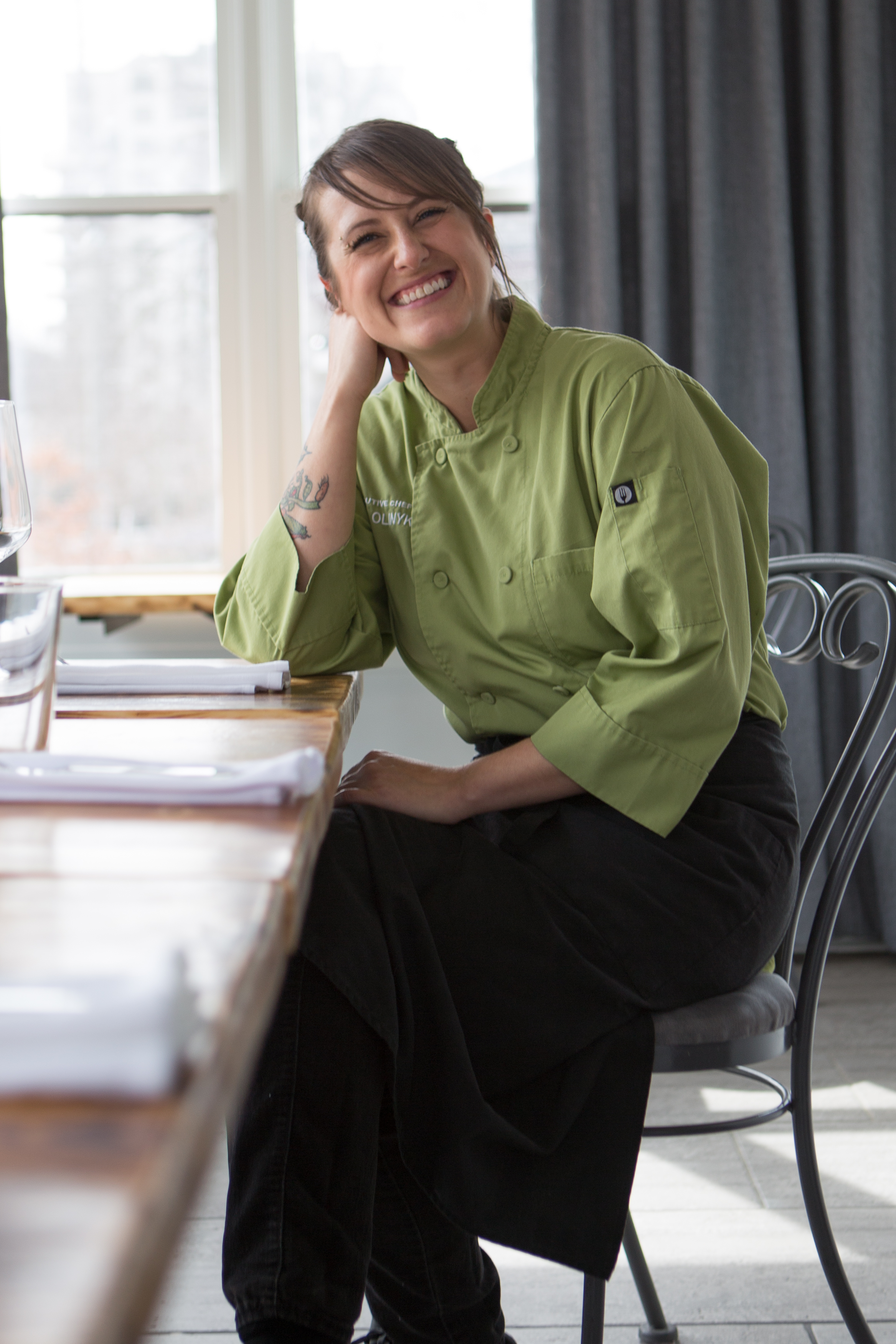 Yoda Olinyk is the chef and owner of Yoda’s Kitchen - London’s only plant-based catering company! Vegan cooking has taken Yoda on the road (and internationally) catering plant-based weddings and corporate events. She focuses on creating innovative recipes, healthy food from scratch and zero-waste cooking classes. You can find Chef Yoda at monthly cooking classes at Jill’s Table, pop-ups around the city, speaking at Veg Fests around the country, summer festivals and this year. Watch for Yoda on the London Food & Wine Show cooking stage, where she’ll be making a vegan cheese fondue with thick-cut bread for dipping! 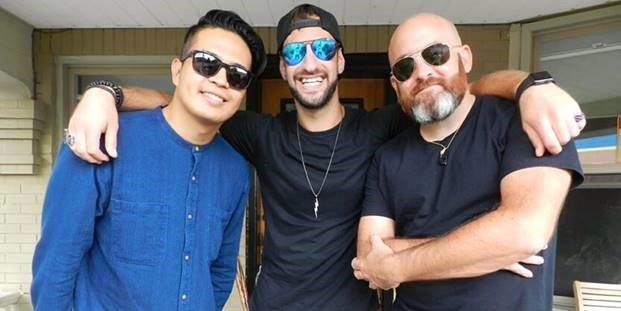 Al Aguilar, Joel Jacobs and Todd Taylor collectively known as Great Spirits, is a three-piece fusion group founded in London, Ontario with members hailing from Los Angeles, Toronto and Vancouver, respectively. Their sound can be described as an eclectic mix of Rock, Funk, Jazz, and R&B. Formed in late February of 2017, the band has already gained a loyal following of music aficionados within London and The Greater Toronto Area. The group’s inception began when Al Aguilar, a seasoned bass player new to London from Los Angeles, met Toronto-based drummer Joel Jacobs at a Jam at East 765 Bar. The two hit it off almost immediately with an intuitive interplay of bass and drums. Shortly after, Vancouver guitarist Todd Taylor met Al at a show at the London Music Hall. The two talked about common musical interests and both being new in town, decided to set up a jam with Joel, who had also moved back to London to open his music school Junction Beats. As they say, the rest is history. The three musicians were in sync. Playing off each other effortlessly, they made their debut and almost immediately caught the attention of London’s musical elite. The name Great Spirits comes from a love of good company, great drinks, positive energy and a reverence for those that have come before. 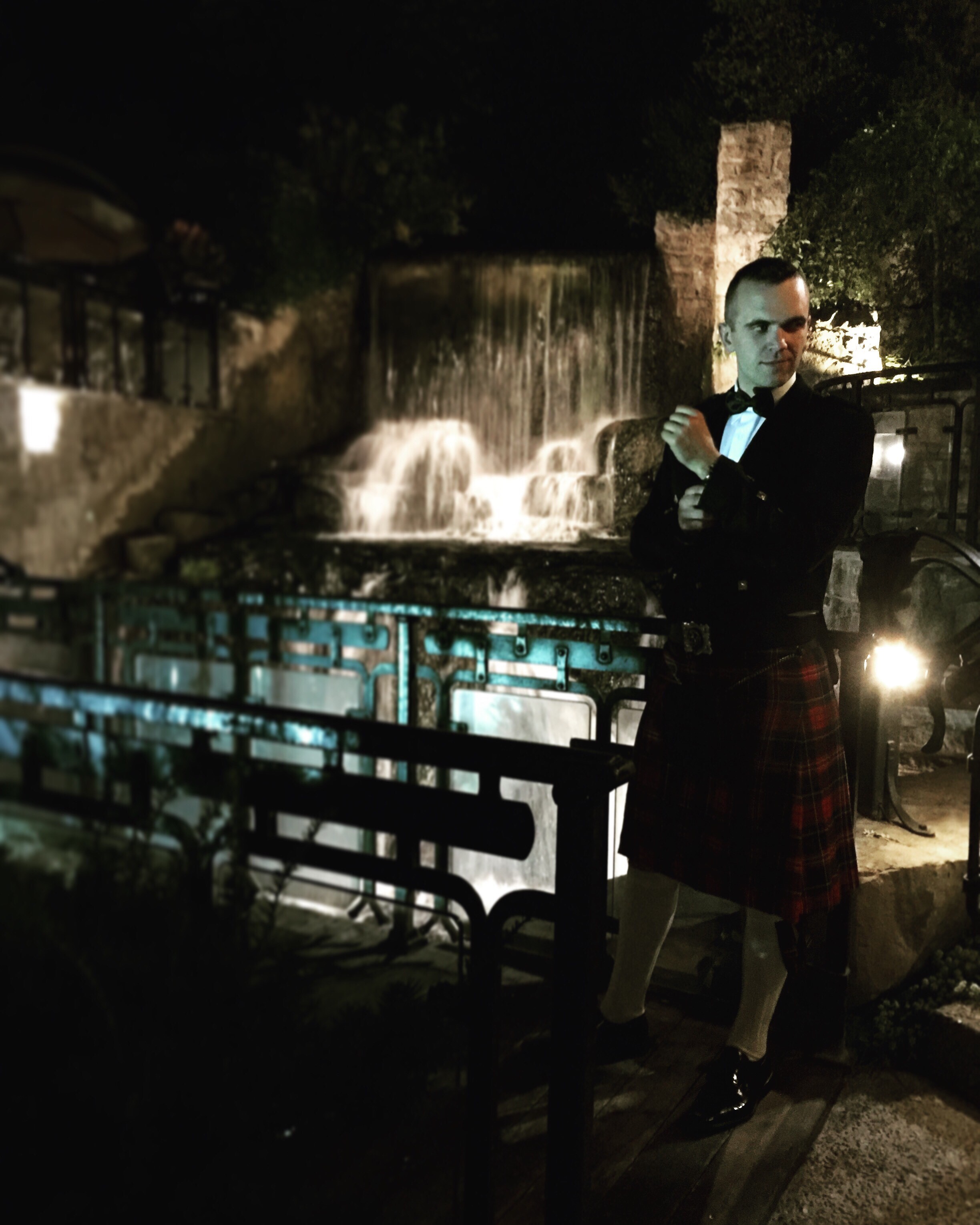 John MacPherson, Scotch Specialist for PMA Canada, represents 12 of the world’s most prestigious brands of Scotch Whisky, including Glenfiddich, The Balvenie, The GlenDronach, Bunnahabhain and more. A Scotch fan for life, John has immersed himself in the lore, craft, and history of this fascinating world. He enjoys nothing more than sharing these stories along with a few drams of these amazing Scotches!

Lobby Aerialists (Performances on the hour, every hour throughout the event) 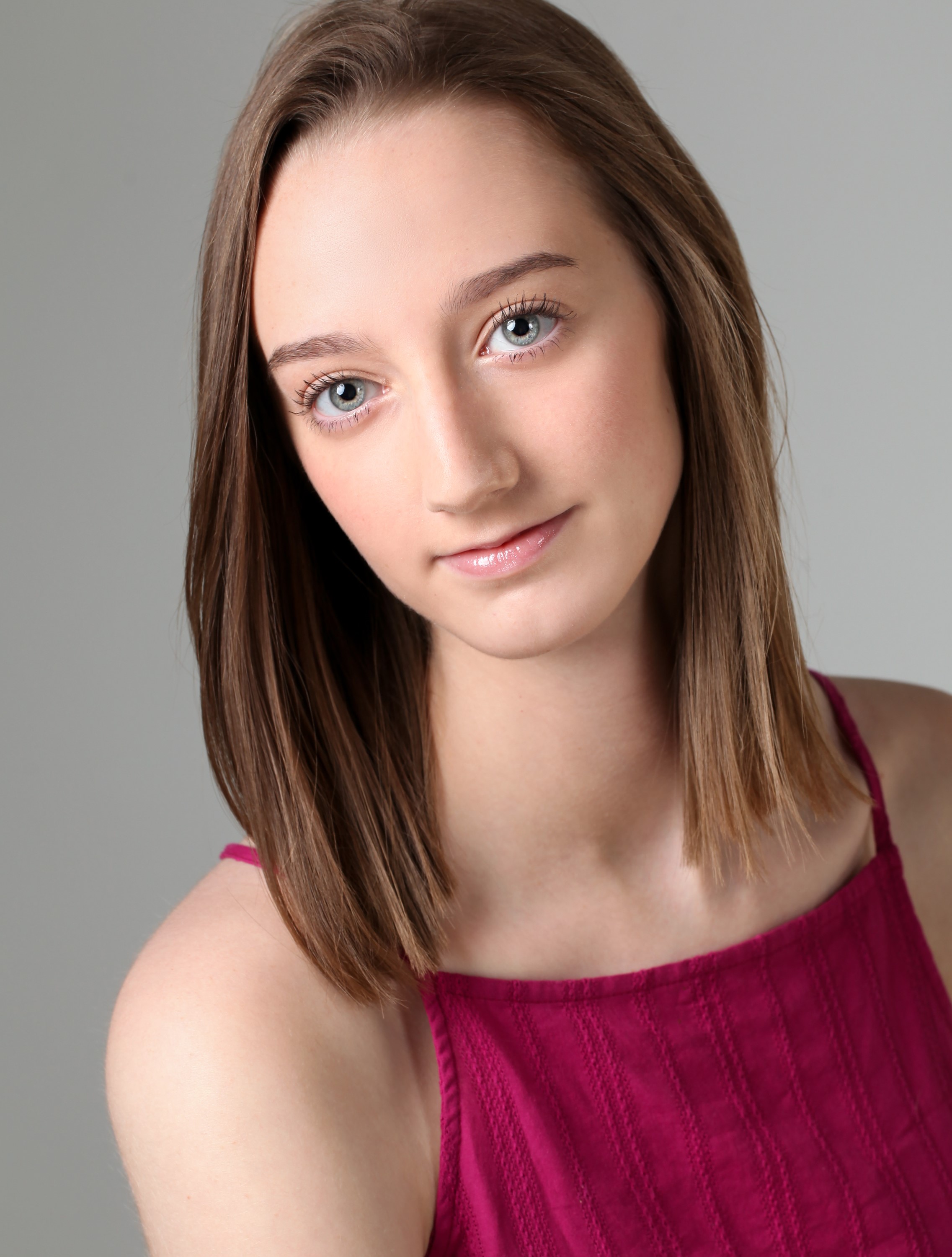 Paige Woodburn
Paige Woodburn is a grade 12 student at H.B Beal Secondary School. She began dancing at the age of five, and joined a competitive team at the age of seven. Paige also trains in the circus arts; aerial hoop, trapeze, and contortion at Studio Cirque. She has competed as an aerialist with Team Canada at the World Championships of Performing Arts, where she won a gold medal. Paige has performed across the USA including Disneyland, Disney World, and in the Macy’s Thanksgiving Day Parade. Most recently, she was selected as dance captain for a week-long dance intensive with Be Discovered, an entertainment company for performers. She is thrilled to provide entertainment at the London Wine and Food Show again this year. 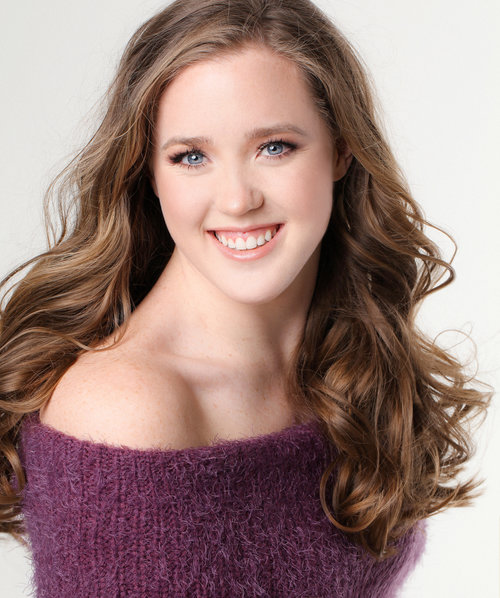 Julia
Julia has trained since the age of 3 in tap, jazz, ballet and acro under the syllabus of British Association of Teachers of Dancing. In 2016 Julia had the privilege of being awarded their Associate Diploma of Acrobatic Dance. In 2010, her dream of becoming a professional circus artist began its journey. Fortunate to have been invited, she attended the École Nationale De Cirque in Montreal, for two intensive summer programs. In 2016, as a solo aerialist, Julia succeeded in becoming a finalist in the Rise 2 Fame Youth Talent Search. In 2018, as a partner in a duo aerial act, Julia became runner up in the Rise 2 Fame Youth Talent Search. Fall of 2019, another dream began its journey. Julia along with her sister, commenced their first class of dance students at their own Dance Studio, “JK Dance”.  Julia continues to pursue her aerial and acrobatic training at the Toronto School of Circus Arts. She specializes in aerial hoop, trapeze and silks. She also maintains skills in partnering, tumbling, handstands, floor acrobatics and contortion. Showing her passion to reach out and inspire the lives of others through her performances, Julia has showcased her acts at summer fairs and private/corporate functions throughout Southwestern Ontario. It is a privilege to be asked to return to the Western Fair District Food and Wine Show for a second consecutive year!