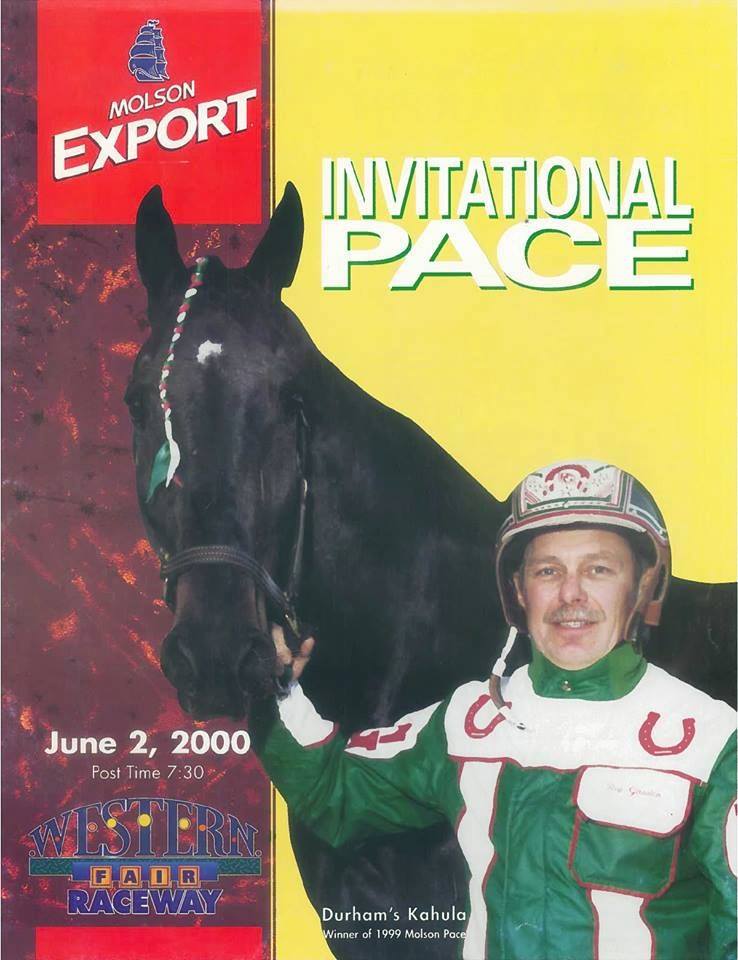 This is the third of five ‘WOW Signature Race Highlights’ written by longtime Raceway fan Shawn Crawford of Woodstock, Ontario - in all likelihood he’s been one of our biggest fans of The Raceway’s signature event for decades… Enjoy!

In many races, at London, the first turn almost always plays a key role in the outcome. The Camluck Classic is no different. Over the years it has been a make or break moment for many. A prime example would be the 2000 edition of The Raceway’s signature race - The Molson Export Invitational Pace for a purse, back then, of $50,000.

Artistic (Ray McLean) being fresh off his 153.4 track record in London, just one week prior, would be one of the favourites and leaving from the outside post seven. An unfortunate interference break, in the first turn, would almost take him out of the race and although he was gapped some 15 lengths or more, at the opening quarter, he would still be part of a thrilling three-horse win photo in the end.

Interestingly, enough, it would be Laag Text (Mario Baillargeon) and Windsong Flyer (Ken Duncan) dead-heating, for the win in 1:55.3, with Artistic only a short nose back in third. Others in order of finish were Northern Dynasty (Ross Battin), Oye Vay (Chris Christoforou), Admirals Express (Reg Gassien), Ricks Royal Match (Bryce Fenn) and Any Excuse (Dennis Morrissey).

It really makes one wonder how that race could have unfolded had Artistic not suffered the interference in the early stages… Maybe he’d have been an open-length winner in the end, but I guess we’ll never know…. It was still a great race and the blanket finish sure made for plenty of excitement!

The 2022 Fall race season at The Raceway at Western Fair District is set to kick off with the first program slated for Friday, September 30 at 4:50 PM. Live harness racing will take place on the evenings of Monday and Tuesday at 5:50, with Friday start times at 4:50 through to December 30....

The Raceway at the Western Fair District has announced that the simulcast lounge / live racing area has moved to the East Annex location (directly beside the previous simulcast lounge). The change will take effect on Tuesday, September 13 when the Simulcast reopens at 1 p.m. for the Prince of...

The Raceway Gears Up For New Season

The Raceway at Western Fair District is gearing up for a brand-new season as opening night is just around the corner -- scheduled for Friday, Sept. 30 with a post time of 4:50 p.m. The first night back of this upcoming 2022-2023 meet will feature the Prospect Series finals. The Prospect Series...

This is the fourth of five ‘WOW Signature Race Highlights’ written by longtime Raceway fan Shawn Crawford of Woodstock, Ontario - in all likelihood he’s been one of our biggest fans of The Raceway’s signature event for decades… ...

This is the second of five ‘WOW Signature Race Highlights’ written by longtime Raceway fan Shawn Crawford of Woodstock, Ontario - in all likelihood he’s been one of our biggest fans of The Raceway’s signature event for decades… Enjoy!...