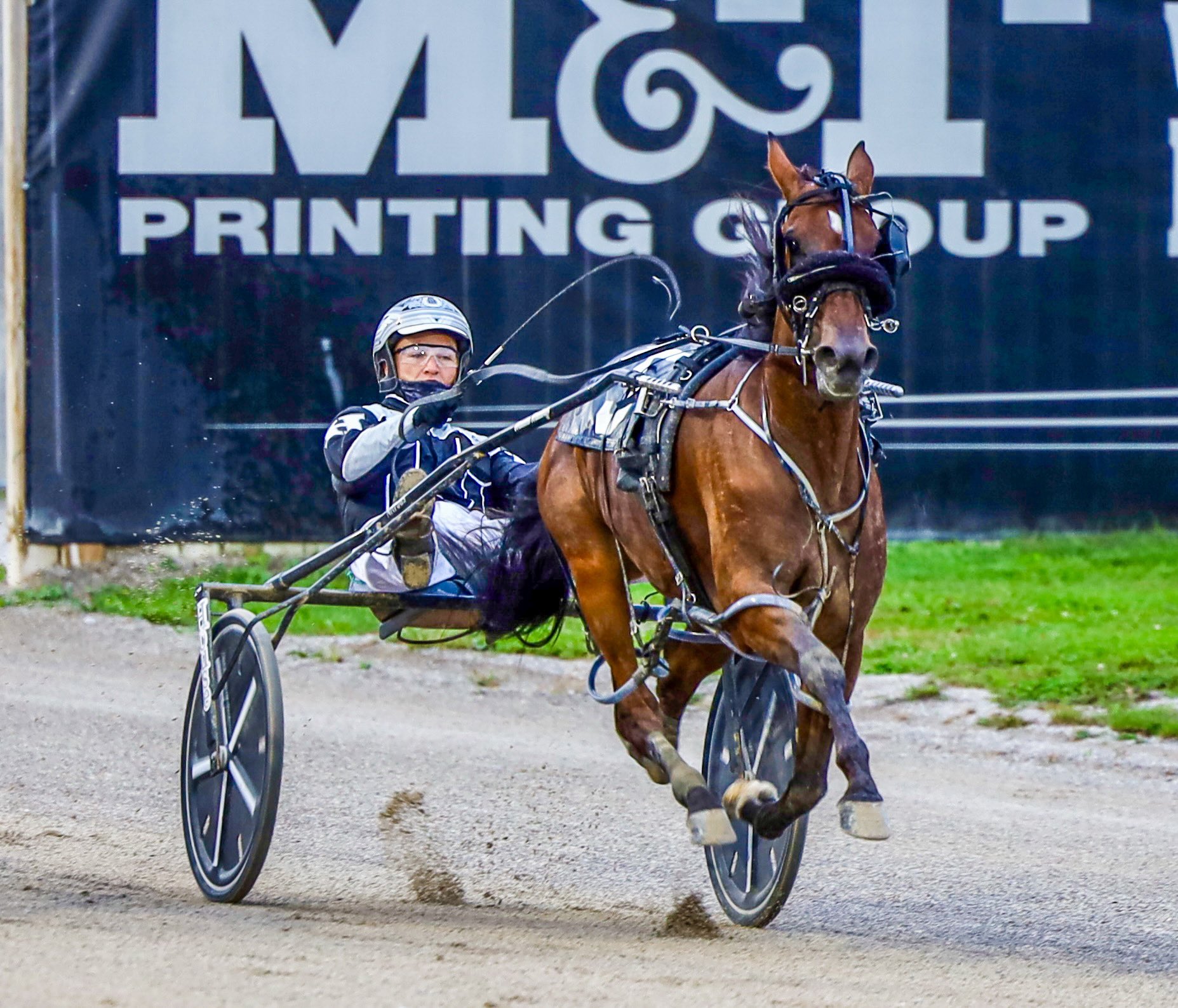 “They’re off and it is on!” for a brand-new race meet at The Raceway at Western Fair District - London, Ontario’s half-mile harness racing destination…

Shadowmoon Rising would kick-start the meet in a two-year-old colt pace for owner’s Rick Rier and Paul Berberich - Travis Henry would be driving for trainer Dale Fritz - using a 29-flat final quarter to win easily in 2:00.2.

Driver Natasha Day would hit the winner’s circle twice - early on the card - scoring with a pair of Brett Lester trainees in the trotter Secretly Flashy and pacer Sports Zipper. Both horses are shared in ownership by Jean Allair and Michel Letarte. Sports Zipper would win by a shrinking nose over Bettorbeflyin - who had circled up from last - in the wild finish.

And speaking of wild - how about Burlesque Seelster’s five-wide swoop of the field in Race 8. It wasn’t looking good for the big Camluck mare - as they headed down the backstretch for the final time - but Alfie Carroll would time his move perfectly and draw off to win by open lengths for owner/trainer Gary Freer.

Veteran trotter Slip Into Glide would just jog to his 50th career victory, on the program, for owner/trainer Courtney Robson and driver Tyler Jones. The well-travelled thirteen-year-old son of Yankee Glide would coast along unchallenged, throughout, before standing proudly in the winner’s circle following the race.

Brett MacDonald made easy work of his foes, in the finale feature, aboard Pat Mcgarry N for trainer JR Plante. The lightly-raced five-year-old son of Million Dollar Cam would make the front easy and go the ‘added distance’ to win his first North American race - after shipping up from Australia this summer.

Being out of action, for six months, can most certainly put a track out of sight and out of mind, so to see a Tuesday handle of $616,000 - well it was most certainly a welcome sight for all involved with The Raceway. With this being my ninth season of calling, in London, I can say - without a doubt - that we’ve never seen a big handle number, like that, this early in the meet. Thanks to the horse people for a great show and thanks to the horseplayers that played - it’s great to be back!

The on-track action got fast and furiuous, early in the program, as the two-year-old fillies would provide a thrilling four-across finish in Race 2 - with P L Portia punching through along the pylons to break her maiden over Maddigal, Best Watch Out and Shadowy. Owned by Ryan Clements and Prince Lee Acres - the filly showed plenty of determination, in just her second career start, to explode up the inside and win - courtesy of a perfect Lorne House drive - in 1:59.4 (final quarter in 29-flat).

House would come right back with an impressive Precious Amber in Race 3 - romping away to an easy victory for owner’s Richard Griffiths and John Dixon. The Bettors Delight filly had missed some time, but she was ‘all go’ on this evening.

Groovy Joe would wire up the competition in a Preferred 3 ‘added distance’ finale. Leaving from post six - the four-year-old son of Roll With Joe sailed through honest fractions, with Paul MacKenzie on board, for owner’s Hutt Racing Stable, Blake MacIntosh, Ozzie MacKay and Hoofbid Racing.

That’s a wrap for now… Our next card of live racing comes up this Friday, October 8th - it will be our official ‘Grand Opening’ for this brand-new racing season - hope you can join us!

The Raceway At Western Fair District 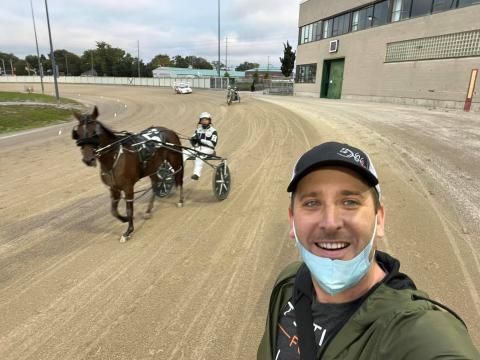 Ryan Clements was all smiles after his filly P L Portia broke her maiden, in London, with Lorne House aboard. (Photo by Ryan Clements) 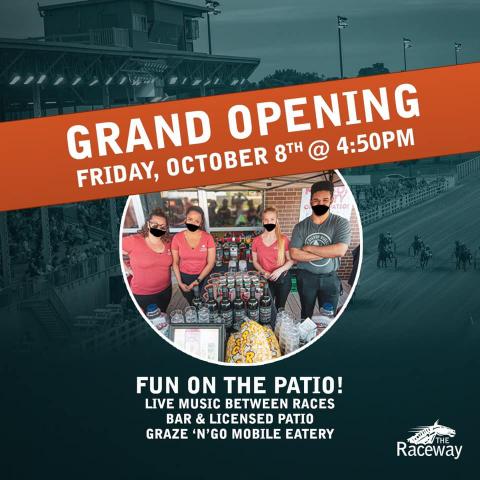 Our official ‘Grand Opening’ is this Friday, October 8th. (The Raceway)

This is the fifth of five ‘WOW Signature Race Highlights’ written by longtime Raceway fan Shawn Crawford of Woodstock, Ontario - in all likelihood he’s been one of our biggest fans of The Raceway’s signature event for decades…...

This is the fourth of five ‘WOW Signature Race Highlights’ written by longtime Raceway fan Shawn Crawford of Woodstock, Ontario - in all likelihood he’s been one of our biggest fans of The Raceway’s signature event for decades… ...

This is the third of five ‘WOW Signature Race Highlights’ written by longtime Raceway fan Shawn Crawford of Woodstock, Ontario - in all likelihood he’s been one of our biggest fans of The Raceway’s signature event for decades… Enjoy...

This is the second of five ‘WOW Signature Race Highlights’ written by longtime Raceway fan Shawn Crawford of Woodstock, Ontario - in all likelihood he’s been one of our biggest fans of The Raceway’s signature event for decades… Enjoy!...

This is the first of five 'WOW Signature Race Highlights' written by longtime Raceway fan Shawn Crawford of Woodstock, Ontario - in all likelihood he's been one of our biggest fans of The Raceway's signature event for decades... Enjoy!  We're...