Here we go… He’s a ‘behind the scenes kind of guy’ at The Raceway, but a very important player on our team - he’s Chris Fex - who looks after the production graphics for our race night broadcasts.

“I enjoy editing video and had a YouTube channel of my own,” says the 34-year-old from London. “Some friends, of mine, knew of The Raceway’s production manager Mark McCullough (owner of MMC Productions) and he then got to looking at some of my video work… I ended up applying for a production position in late 2016 and got hired on here in 2017.”

Having a horse racing background would come in very handy when taking on work in the video production room at any race track… Chris - along with his video experience - also had that going for him too. “My Dad (Bob) raced horses here years ago,” he says. “I’d tag along with him and my Uncle Robbie to the track… Dad raced All My Friends Say and bred/raced Whosurfexylady and Fex Education. D D Glamour and Amble Over Hanover were others he had around here with trainer Scott Habbershaw… My Grandfather’s brother, too, was a part owner of Triple Crown winner Ralph Hanover. I just always thought that horse racing was exciting!”

So what exactly is it that you do at The Raceway Chris? “I do up all the on-screen graphics for race nights - including the guest handicapping selections,” he explains. “We’ll set up the ‘PICK 4’ plays and the ‘Best Bet’ boards for the pregame show, plus I’ll work on the replays - the cutting and editing of those, the custom boards for Birthdays and the HI-5 carry-overs - I can whip those up on the fly… It’s a fast-paced environment which I like.”

Fex, now in his fourth year with The Raceway, has had a few favourite horses along the way. “Sergeant Seelster was the first horse I watched dominate here - I really liked him racing for the hometown boys of Jack and Scott Wray… And then there was Jagersro - I always pulled for her. She used to win lots of races here and then she didn’t, but I always hoped she’d regain her old form and race well for the Morrissey’s… All Out Henry got on a pretty good roll racing the preferred class here. He’d win and then we’d see how happy (trainer) Pam Forgie and (driver) Scott Young would be in the winner’s circle - that was always nice to watch… And now it’s Sizzlen Hot Herbie,” he says with certainty. “He’s been racing really good, here, this winter and it’s neat that Nat (Day) now owns him too… I’ve always pulled for Nat - you know coming from away - she chose to come to this ‘thunder dome’ of harness racing… This is a tough place to race and she’s got lots of competition here, but it doesn’t seem to fizz her at all. She’s badass!”

Outside of racing Fex is into the art scene - saying it may be a hobby for now, but he’s trying to make it a job… “I’ve been into painting and visual art since 2011,” he says. “I’ve participated in some juried shows around London and St. Thomas and had my first solo show right here in London and it was well-received.”

Having sold a painting each year now, since 2015, it appears he’s heading in the right direction with his figurative and abstract style.

So where does Fex see himself in another five years from now? “As an artist being lucky and being ready if something comes up - will have a lot to do with that, but right now I’m happy,” he says. “If I could dream - maybe I’d be a horse owner, trainer or driver… It would be cool to actually drive a winning horse right here at The Raceway wouldn’t it? Well I’d retire right then and there!” he laughed. 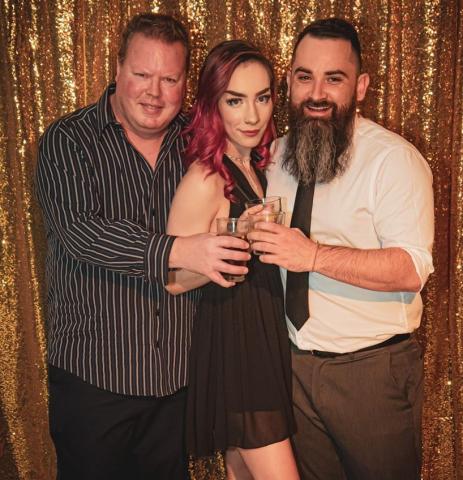 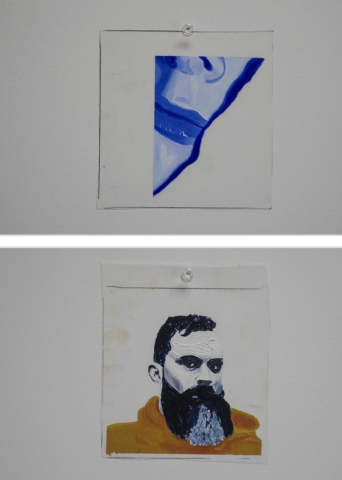