#LouKnows Chimes In On Racing

“There’s a chance the time off may not be as kind to the horses that were sharp before this break,” says Lou Sorella aka #LouKnows - a horse owner and guest handicapper at The Raceway. “The horses that were in need of some time off certainly got a well-deserved rest, but I think when we come back - it’ll be a pretty level playing field for everyone… Here’s hoping everyone follows the guidelines that will keep us safe and racing for the remainder of this 2020 season and beyond.”

Sorella teamed up with Chatham’s Don MacLellan and Rockwood’s Katie Miller to claim Casimir Rumrunner for a $15,000 tag back on March 7 at Flambro.

“Don actually scouted him out,” says Sorella. “He liked the horse and wanted to partner with Katie and I so we said sure. We’ve got a great partnership and we’re happy to have our trainer, Kyle Fellows, looking after things. He lists the driver and finds the races… We tried him on the big track at Mohawk and he just missed in his first start for us - finishing second. Then we bumped him up to the $20,000 claimer and he held his own against that group - finishing third… And then racing shut down. Now we wait to see where he fits as racing returns.”

Co-owner Miller is fairly high on Casimir Rumrunner as well. “He’s an angel and does nothing wrong,” says the Cape Breton native. “He’s got a very nice way of going and literally only wears tendon boots. We love him!”

Casimir Rumrunner had been with us at The Raceway, during the latter portion of 2019, for trainer/driver Paul MacKenzie. He’s always been a very slick-gaited free-legged pacer and now it appears he’s taken a liking to the big track surface at Woodbine Mohawk Park. We’ll look forward to seeing him back in action soon!

Shadow Place Back On Canadian Soil

A former top class pacer in Ontario - Shadow Place - has returned from south of the border… After seeing limited action, over the last two racing seasons, the nine-year-old son of Shadow Play is now back on Canadian soil and is with Katie Miller. “He’s been my boy since day one,” says Miller, “He’s the typical horse a girl falls in love with… A big, shiny black, beautiful animal!”

“My cousin, Carl Stafford - whom I’m very close with, owned him with Kyle (Fellows) when he first came in the barn four years ago. He was Kyle’s first sub-1:50 win (1:49.1 at Mohawk - June 25, 2016)… I still remember that night and I still remember how nervous I got every time he raced… And obviously growing up on the east coast the Gold Cup and Saucer is the holy grail - so to take him there and let alone win it - was beyond anything I can ever describe… I actually thought I was going to pass out walking back to the winners circle that night. He stood there for 20 minutes, like an angel, while people took very muddy photos with him… And he hardly does anything like an angel. He is actually a major pain,” she laughed. “ And then Kyle got the call from someone interested in buying Shadow. He was racing in the WEG Preferred at the time and they were interested in him for Yonkers. My heart was broken and I couldn’t even go to the barn once I knew he was sold. I truly didn’t go, back to the barn, until he left. I watched every race… My family - my partner Lou - we all followed him… And Kyle always promised me we could keep him, as a pet, when he was done racing. So now - he’s found his way back to me… I own him.”

So what’s next for Shadow Place? “He’s in training at the moment,” mentions Miller. “If he makes it back as a race horse, an amateur horse, or any sort of race horse - at all - that would be great. If not - he’s going to get fatter - than he already is and maybe get broke to saddle. Shadow is my pride and joy… His best interest is my only concern… I look forward to getting to the barn and jogging him and I love how much he loves his job - even though he may be reaching ‘Grandpa’ territory.” 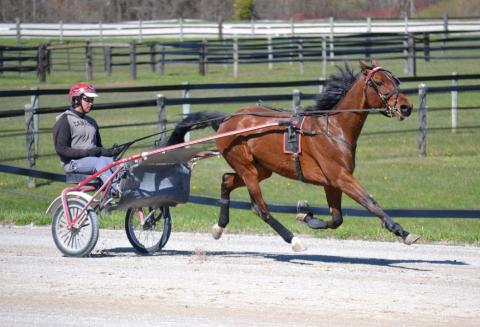 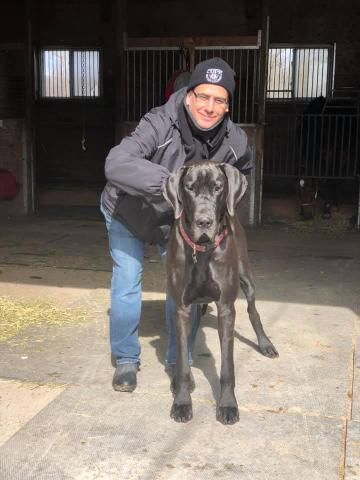 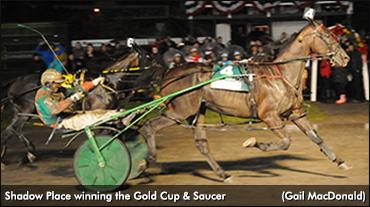 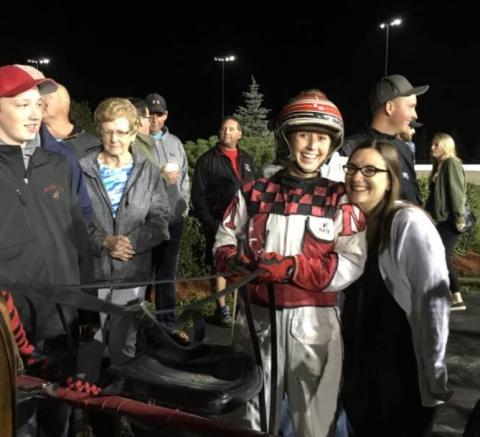 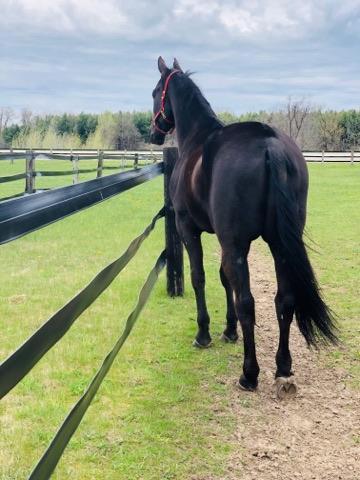 Last week’s ‘flashback’ blog had me thinking about where and when I first remember seeing old harness racing programs and taking a huge interest in browsing through them. It would be almost 40 years ago where I'd be on the road with my Aunt Sadie and late Cousin Steve......