Here we go… And here we are catching up with Raceway owner/trainer Stephen ‘Ribsy’ Roberts. Stabled just outside of London, in Melbourne, Roberts says “The green grass can’t come soon enough!”

While this unexpected break, from racing, will likely freshen up his ‘busy-type’ horses, he’d still rather be trucking in to the track on race days… “What are you going to do? I’m stabled in Melbourne and living right next door to my horses, so the bills aren’t too bad… Hopefully we’re not away from the races too long.”

I got reading a racing column, from the March edition of Atlantic Post Calls, this past weekend… In a flashback feature, from Summerside Raceway (November 11, 1965), Mr Charmer - a seven-year-old pacer owned, trained and driven by the late Bill Henderson of Charlottetown, P.E.I. - would make his 136th and 137th starts of the season to set the world record (at the time) for most starts in a season. Now that had me thinking of the iron-horse Oldfriendskentucky - a frequent starter at The Raceway over the years. In 2019 Tucky would start 55 times, on the season, for - you guessed it - ‘Ribsy’ Roberts.

“He’s my iron-horse alright,” states Roberts. “That’s why he’s not in a claimer.”

A few racing highlights for Roberts, over the last decade, have come courtesy of old Tucky. “Winning with him on Molson Pace Night (2015) in London, with Sylvain (Filion) driving, will go down as one of my favourite wins of all time,” says Roberts. “Many of Tucky’s early lessons, at the track, came with Sylvain aboard up around Woodbine and Georgian Downs - he actually gave him his life mark of 1:52.4, as a three-year-old, at Georgian (2012),” says a proud Roberts. “Tyler Borth won with him, around that same time, over Sarnia (Hiawatha Park - 2012) in 1:53.4 - that was a nice win too… I have to add his last big track win over Woodbine (2014) as well - Jody (Jamieson) gave him a great drive there… And then Tyler (Borth) winning back-to-back weeks, with him, over Leamington (2015) one summer - that was fun… I have lots of great racing memories when it comes to Tucky!”

So what’s Tucky been up to, this race meet, in London?

“He’s getting older now (Tucky is eleven), but when Ian (Fleming) has a race for him - I race him.”

Oldfriendskentucky had most recently been competing in the ‘Seniors Pace’ events at The Raceway. “Those races are alright,” notes Roberts. “They’re good for the older horses. It’s not a huge purse, but it’s a great spot for the veteran horses.”

Hoping to race again at the summer tracks of Dresden and Leamington - Roberts is looking forward to getting back to the races in the not too distant future. “This break won’t hurt my horses… It likely won’t hurt anybody’s horses… We’re all in this together and hopefully we’ll all come back together to race.” 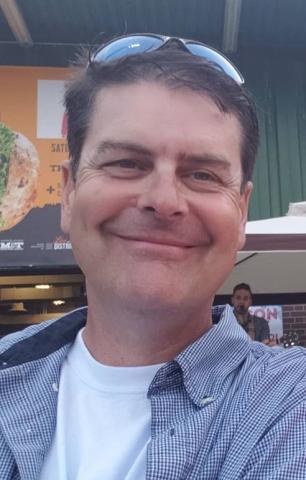 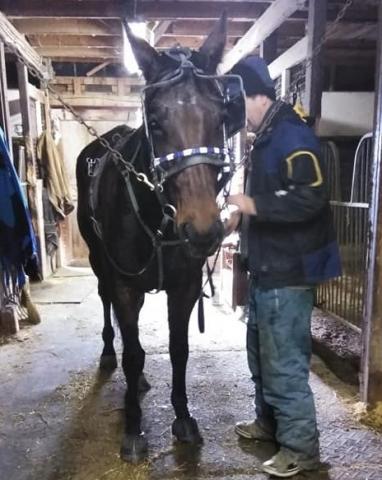