Here we go… With his ‘growing up’ ties to London and now his ‘making a living’ life in Sarnia - Raceway horse owner Stewart McQueen has been going to the horse races for as long as he can remember… “My Dad (Jack) loves the horses and we’d go to Orangeville back in the day…” says McQueen. “And please - call me Stew - the only one that calls me Stewart is my Mom and it’s usually when I know I’m in trouble,” he chuckled.

“Dad had horses with trainer Peter Shody years ago and that’s likely how I got the bug too,” notes McQueen. “They raced Brandnew Man, Coyote Spur and Lochboisdale in the mid-90’s and now here I am, years later, racing horses with Dad cheering me on.”

Stewart is a licensed Red Seal and 310S technician (auto mechanic) by trade and together with his wife Meghan - they own and operate After Hours Automotive in Sarnia. And from that - they put After Hours Stables in play during the Fall of 2018…

So where does the ‘After Hours’ come from? “I had a one-bay shop - doing some undercoating on cars ‘after hours’ and away from my other job at the time…” he remembers. “I was doing it to help pay for our wedding and the business took off from there. That was two and a half years ago.”

The competition of racing is nothing new to McQueen as he used to race Camaros around the Delaware Speedway… “That was a fun hobby, at the time, but those cars were more expensive than these horses.”

The claiming game is Stew’s game and when looking to buy into harness racing, in that Fall of 2018, he was in need of a trainer. “I convinced my wife to look into buying a race horse,” he explains. “I got looking, for a trainer, around Sarnia - my friend Jimmy MacDonald led me to the (Peter) Core barn and around that same time - I happened to run into Danielle and Marc St Louis on the grounds there and asked them who their trainer was - they both looked so young and I thought they were grooms for another stable… Well we hit it off up front - I liked what I saw in them and the rest is history… Not long after - we’d team up and claim LDL Gem out of London.”

Claimed for $7,000 - LDL Gem would try the $8,500 level next start out and finished well back. “She was OK for us… I tried to make some calls in the early going - bumping her up in class, but when we put her back where she belonged - she won for us and she’d win a few more for us too - before being claimed,” he said proudly. “That was a great learning experience and it was nice to get a win, so early, after becoming an owner.”

Favourite horses - past and present?

“The past is easy - Hopetobefirst! I was maybe too naive, at the time, to understand just how special he was and what he was doing for us on the race track.” McQueen would claim the son of Sagebrush for $7,000 and the veteran pacer would go on to win his next six starts in London and then add another five ‘Forest City’ victories, in 2019, before being claimed away. “He’s the one that made me say ‘yes I want to back Danielle and Marc’ with the horses. His win at Flamboro (April 25) was the most amazing mile I had ever seen - parking first-up all the way and he just wouldn’t give up.”

McQueen ‘hopes’ to maybe get him back someday as Hopetobefirst now finds himself racing for a $20,000 claiming tag at Yonkers.

“The present - Oh K Man! And I picked this fella…” mentions McQueen. “I remember being in the paddock with Marc and we’re looking over the program and we see that Oh K Man is way down in class and priced at $7,000 and I say ‘how did we miss this horse?’ Well he won easily that night and then I watched and I waited for him again and again - I wanted him! He raced a few more times and I just said to myself ‘I don’t care how much he is - I’m going to buy him anyway’… Well I claimed him for $9,000 and picked him up - bathed him myself at Mohawk and he was in the barn for them (Danielle and Marc) when they arrived the next morning.”

Since being claimed, in late November, Oh K Man has gone on to win nine of sixteen starts and banked over $30,000 - with all victories coming at The Raceway - his latest win being a gate-to-wire Preferred 3 score at the 1-1/16M distance.

And moving forward with ‘After Hours’… “We want race horses. I like to claim and I hope for improvement…” states McQueen. “And we’d like to duplicate last summer… We were the leading owner at a few tracks, but what I really want - is to be the leading owner at The Raceway for 2020. We just missed to Jack Wray last season.”

McQueen’s Hopetobefirst would take home the ‘Claiming Pacer of the Year Award’ at The Raceway’s Annual Awards Banquet last month. His team St Louis, of Danielle and Marc, would also take home The Raceway’s Trainer and Driver of the Year Awards respectively. “There’s no substitute for hard work,” states McQueen. “Marc, Danielle, Tyler and Kandee (St Louis) - they all put so much time and effort into looking after the horses. And that’s why we came away with the awards we won for 2019.” 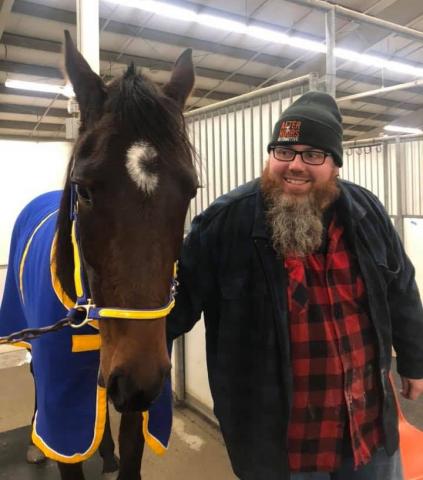 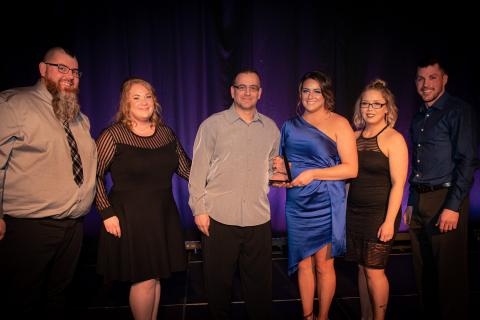