For the first time, ever, Greystone yearlings will enter the sale’s ring this Fall in Ontario. Brent Belore mentions his back is ‘not what it used to be’ and it was time to try something new - referring to his team’s offering of three ‘Greystone’ yearlings - entered for the London Classic Yearling Sale, being held at the Western Fair District Agriplex this Fall.

“We’ve enjoyed getting some nice horses to the races over the years and many have gone on to do quite well,” says Belore. “I’m not as young as I used to be and we believed it was time to try something different.” Belore with wife Colleen, children Alana and Dylan - along with mother-in-law Jean Caddey - make up the team behind the Greystone name…

2. Greystone Shad O, a daughter of Shadow Play, will be sure to attract some attention coming from the Mach Three dam Wiskywisky Nancy O. “She’s a nice filly and the dam never throws them too big, but she does make them solid and fast too. This filly can fly!” says a noticeably proud Belore. The ‘O’ - taken from ‘Nancy O’ - may be the stamp of good luck for her offspring… Full-sister Greystone Natali O has gone on to bank $132,485 and pace to a 1:52 life mark at 3. The lightly-raced Greystone Ian O (Sportswriter) - $43,555, p1:54.2h - is a City of London champ in 2022 and then there was Greystone Wisky O (Sportwriter) - $14,425, p2:00.2h. There is also a two-year-old, we have yet to see this season, in Greystone Cheet O (Betterthancheddar)… For now - make it three winners from three starters for Wiskywisky Nancy O!

3. Greystone Wicked is a Mcwicked filly and the first foal from the great race mare Greystone Ladylike. “This one is beautiful!” boasts Belore. “Maybe I have rose-colored glasses, but she’s a great-looker and everyone else says the same too! She kind of stands out actually and not that the others don’t look great, as well, but this filly is really something.” If there’s been one thing said, about the Mcwicked line, it’s that they are so well-behaved. “Her mom may have been a handful, but this filly is so well-mannered - she’s doing everything right so far,” Belore added.

Greystone Ian O was creating quite a buzz around the Forest City, this Spring, for the ownership group of Ryan Clements, Ryan Willis and Lorne Horse. Bred by Jean and the late James Caddey, along with Alana and Dylan Belore, the colt had been very impressive in winning all four of his 2022 starts in London - including that gutsy City Of London Final where he just kept on coming for trainer/driver House. “Greystone Ian O is certainly the most exciting horse I am currently a part of,” says co-owner Clements. “He does everything right, has a winning attitude, and has exceeded every expectation so far. Good horses are a lot of fun and this guy has us looking forward to a great summer ahead!”

Many, including both Belore and Clements, are excited to be getting back to an in-person yearling sale this Fall. “The return of the yearling sale, as a live event at Western Fair District, is a nice step in the right direction after a challenging time, for our sport, due to the pandemic,” noted Clements. “I love being able to see all the yearlings in one place and I’m really looking to being back there this Fall.” 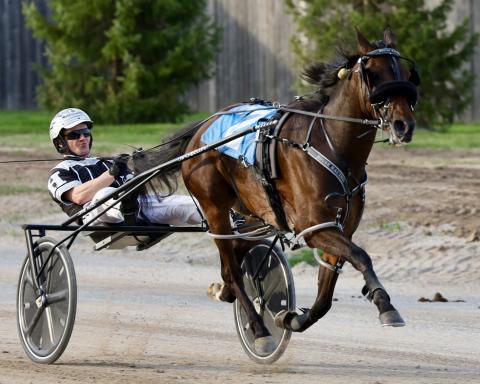 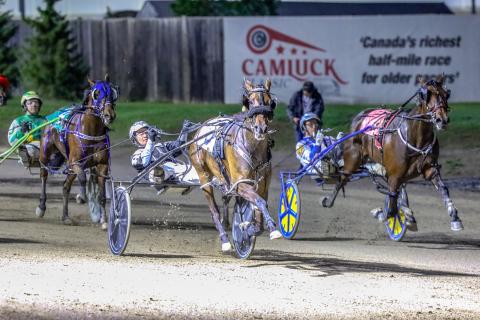 Greystone Ian O and Lorne Houre come home to win the City of London Final at The Raceway. 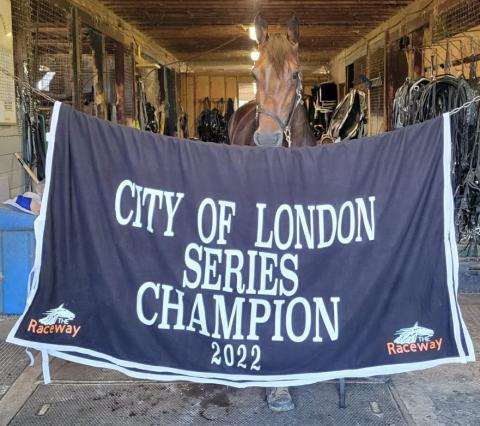 Greystone Ian O with the spoils of victory.