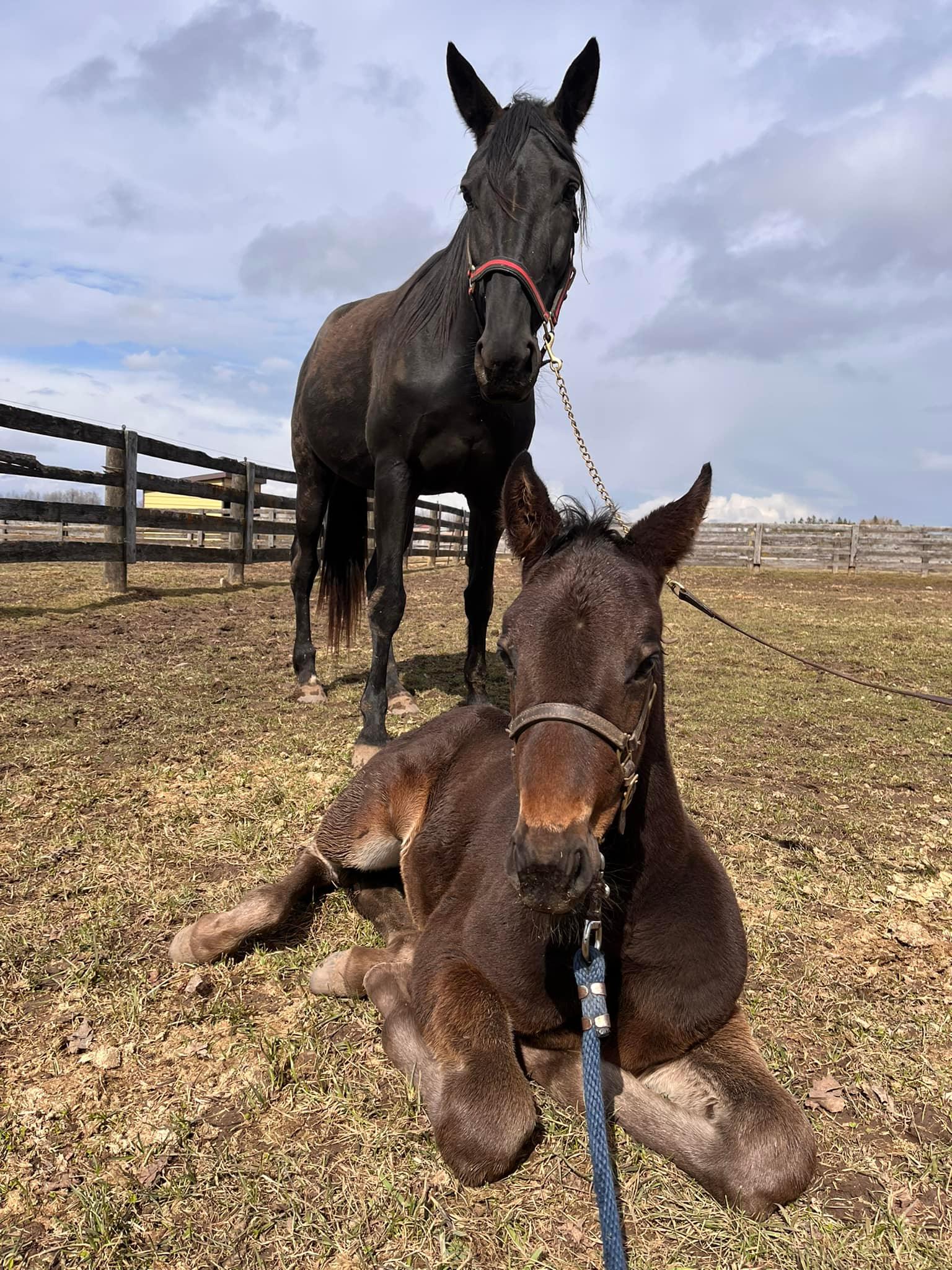 Located in quaint Rockwood, Ontario, Erinwood Equine is a Standardbred breeding farm dedicated to raising quality horses. Established in 2017, Fiona Green and Andrew Carrs created Erinwood together, both hailing from generations of horsemen and horsewomen. “Fiona and I met and lived together in the beautiful little village of Erin… Then we bought the farm in Rockwood,” mentions Carrs. “We used the two locations, together, to create ‘Erinwood’ and we feel it works well with our Irish roots.”

Being a fairly new operation, for breeding, the folks at Erinwood Equine have been very happy with their results thus far. ”It’s very rewarding to choose a mating, deliver that foal into the world - then raise it up and watch it hit the track,” explains Carrs. “We’re still fairly new into this venture, but we’re building up our own broodmare band - which hopefully will produce some future champs. We’ve certainly appreciated all of the positive feedback on the horses that we’ve raised here.” Fiona and Andrew currently have two full-time staff and one part-timer involved in the operations of Erinwood Equine. “Molly Cudmore is our farm manager and she does an amazing job!” states Carrs. “We are very grateful to have her with us.”

Erinwood Yves certainly attracted the attention of many, last season, when he finished a very close second to Battle Of Waterloo winner Betterhavemymoney, in 1:52.4, over Grand River Raceway. He’d then follow that up with a dazzling 1:53.1 track record performance over an off track, at Flamboro Downs, in early October. The colt would complete his rookie season with a 7-2-3-1 record - good for $195,498 in earnings. “We purchased the mare Zayra Bayama, in foal to State Treasurer, from Yves Filon of Bayama Farms. The resulting foal was Erinwood Yves. He was born and raised, here, on our farm and we’re very proud of that. He had a fantastic two-year-old season - showing tremendous heart and courage,” says Carrs. “Unfortunately, he did sustain a training injury this past May and was shut down as a result of that.”

Erinwood Yves’ track record replay www.youtube.com/watch?v=38H5PjVCAQY. The mile, delivered over a rain-soaked surface that had been downgraded by 1 second to ‘GOOD’, lowered the previous track record of 1:53.3 set by Warrawee Needy in 2011.

1. Erinwood Bigrig is a Hes Watching colt and the second foal from Zayra Bayama - who’s a full-sister to Rebeka Bayama (p1:48.3, $731,637). This colt is a half-brother to Erinwood Yves. “He’s a leggy colt, a good size, much taller than his brother Yves and he stands very correct,” says Carrs. “We’re very excited to bring him to the sales ring.”

2. Erinwood Empire is a Mcwicked colt - out of the Dexter Nukes mare Grace And Harv. “He’s a stunning colt with a strong presence,” says a proud Carrs. “We’re looking forward to seeing this first crop of Mcwicked’s being offered.

3. Erinwood Supermoon is a Wheeling N Dealin filly - out of the Muscles Yankee dam Day Dream. “She’s a well-put-together filly who’s a half-sister to Royal Elite (t1:55.1, $116 968), Moscow Moon and the three-year-old filly Regal Lass - who’s now racing,” notes Carrs. “There’s also a two-year-old filly, Champagne Bettina, that the connections are happy with. Hopefully we’ll see her racing prior to the sale.”

“We’ll also have a consignment, made up of 20 yearlings, in the London sale,” says Carrs. “It’s a well-balanced consignment of 10 trotters and 10 pacers. We have 4 first-crop Mcwicked offspring; 3 Bettors Delight’s; 2 He’s Watching’s and a Big Jim… For the trotters we have 5 from Muscle Mass; 2 Archangel’s; 2 Il Sogno Dream’s and 1 Wheeling N Dealin. We’re very pleased with the quality and I’m sure they will attract top buyers.”

Many breeders are looking forward to getting back to the ‘in-person’ sale events and the folks at Erinwood Equine are looking forward to that format as well. “The last two years have been a challenge to say the very least,” mentions Carrs. “I do believe that a live sale is what the buyers truly want. We’ve heard their feedback about how difficult it was to travel to the farms, all over Ontario, to inspect the horses. Our location, here in Rockwood, was definitely in our favor - due to our close proximity to Mohawk and the training centers. We did have a strong online sale last year, however, we are looking forward to returning to the in-person venue in London. The facility is excellent for showing horses and allows accessibility for buyers to get back and look at the yearlings a second and third time - if they didn’t get the one they wanted. Also I think the midweek sale is a great idea. In between the Super Finals and Breeders Crown is perfect and horse people won’t have to rush out, like on the traditional Saturday, to get back and race.” 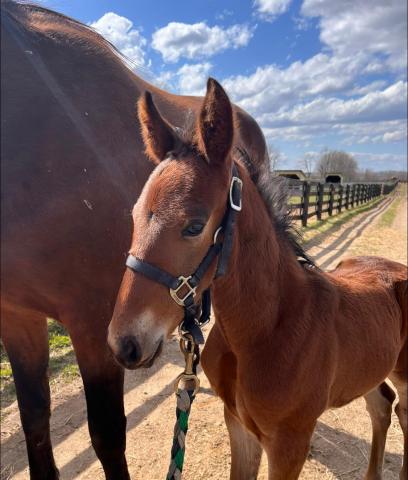 A Mcwicked colt soaking up the sunshine… (Erinwood Equine Photo) 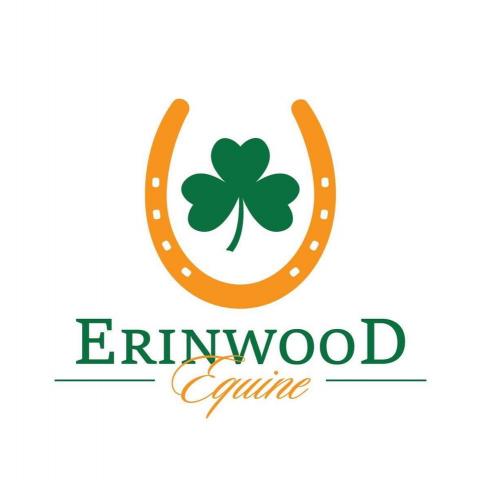