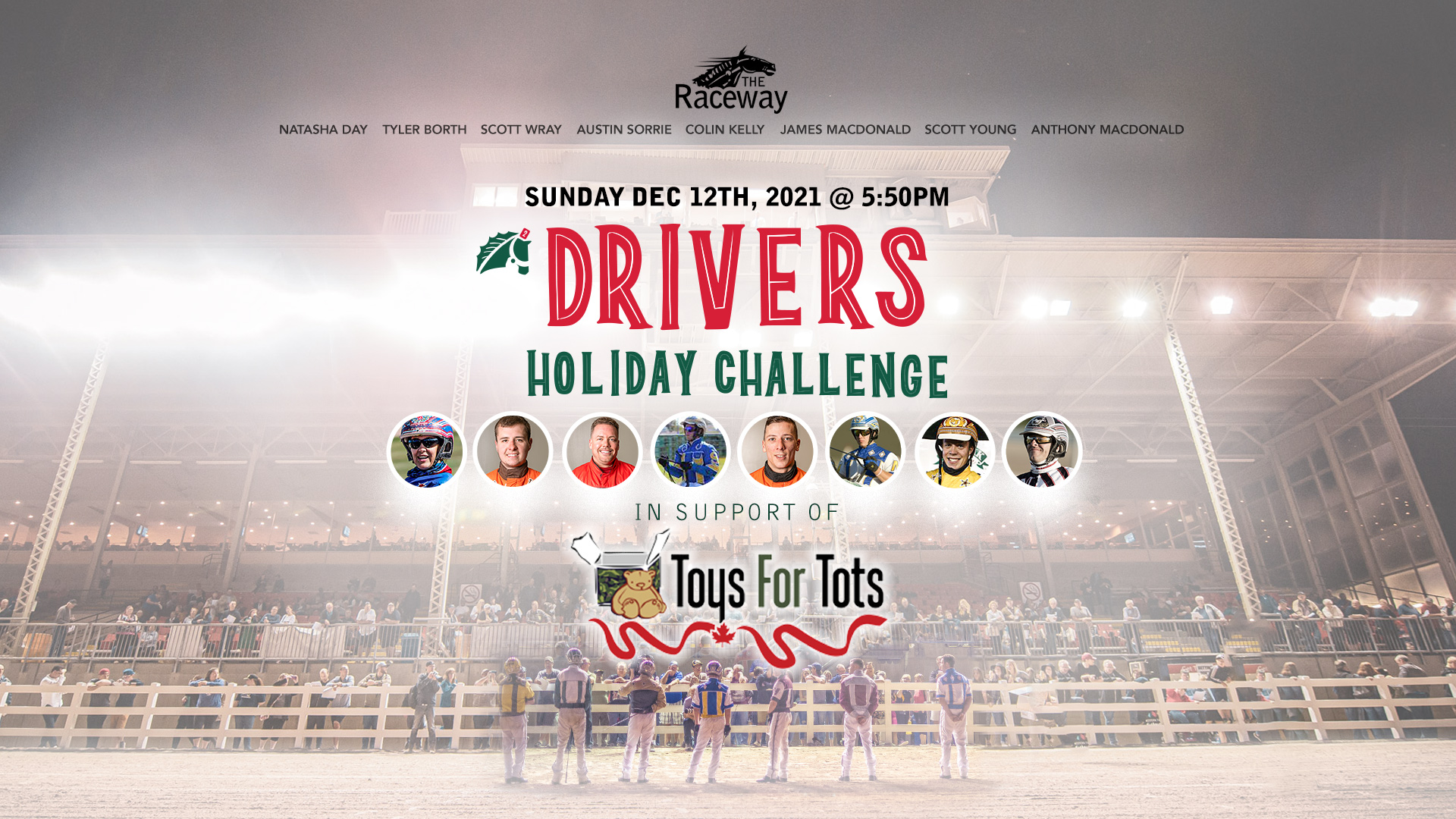 LONDON, November 19, 2021 – The Raceway at Western Fair District is teaming up with some of the province’s best drivers to spread added Christmas cheer again this holiday season. The London oval will play host to the 2nd Annual Drivers’ Holiday Challenge in support of Toys for Tots on Sunday, December 12th. Post time for the special program will be 5:50 p.m. (ET).

“The Raceway is thrilled to again partner with Toys for Tots to present the 2nd Annual Holiday Drivers’ Challenge in support of Toys for Tots.” said Director of Racing Rob Lumsden, “Our drivers will compete in a friendly competition with the common goal of raising donations to put more smiles on faces this Holiday season.”

COSA TV, presented by CUJO Entertainment, has also shown their support behind the event. COSA TV will be offering live coverage of the Drivers Holiday Challenge. Hall of Fame Drivers Randy Waples and Bill O’Donnell will join Greg Blanchard on the COSA broadcast team for this special event. The broadcast will be available on the COSA TV social media platforms along with Harness Racing Update and the Standardbred Canada website.

Toys For Tots (Canada) is a Canadian charity based on local partnerships between Canadian Armed Forces, businesses, and concerned citizenry whose sole focus as an organization is to provide toys for children who are in need. Toys For Tots works to address and prevent specific problems faced by families and their supporting charity organizations by providing toys to children who would otherwise go without during a major religious holiday and provide toys throughout the calendar year to local emergency and social agencies to distribute to children during catastrophic circumstances.