GANGLE DEPARTS RACEWAY FOR NEW OPPORTUNITY DOWN UNDER 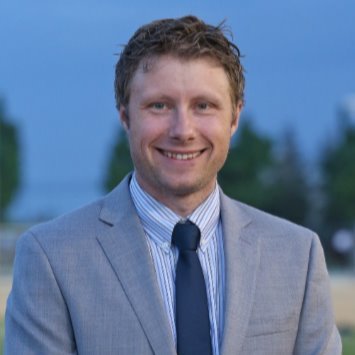 London, June 24, 2021 – A familiar face will be missing when racing returns to The Raceway at Western Fair District this Fall.

Racing Manager Greg Gangle, along with his partner Anna Glide and their two children Taylor and Shanelle, have relocated to Australia where Gangle will take on a new racing management role in the country’s Waga Waga region.

Gangle joined The Raceway in 2016 as the assistant manager after several years working at the Woodbine Entertainment Group (WEG) for both the broadcast and communications divisions. Prior to that, he cut his teeth working for Harold Howe at the Harness Edge magazine.

“This was a very special and unique opportunity for my family and myself,” said Gangle. “It was not an easy decision to make, moving your family to the other side of the world. However, I didn’t want to look back later in life and wonder ‘what if’.”

“My time at Woodbine and Western Fair hold immense value. I depart Western Fair with a heavy heart as I have the utmost respect for the Western Fair management team, local horse people and the entire industry. Being able to work with the two highest-wagering tracks in Canada has certainly been rewarding and I can’t thank both organizations enough.”

Under Gangle’s guidance, The Raceway boasted a record season in 2020 in terms of wagering and set a single-night wagering record on March 18 of 2020. Gangle was also instrumental in launching the first ever Holiday Driver’s Challenge in partnership with Toys For Tots which was a tremendous success.

“The Raceway thanks Greg for his many accomplishments over the past five years and wishes he and his family nothing but success in the next chapter of their lives,” said Director of Racing Rob Lumsden.

The Raceway looks forward to a return to live racing in October and will take some time over the Summer to evaluate any additional support positions within their team.