CONCERTS BACK AT THE 2022 WESTERN FAIR 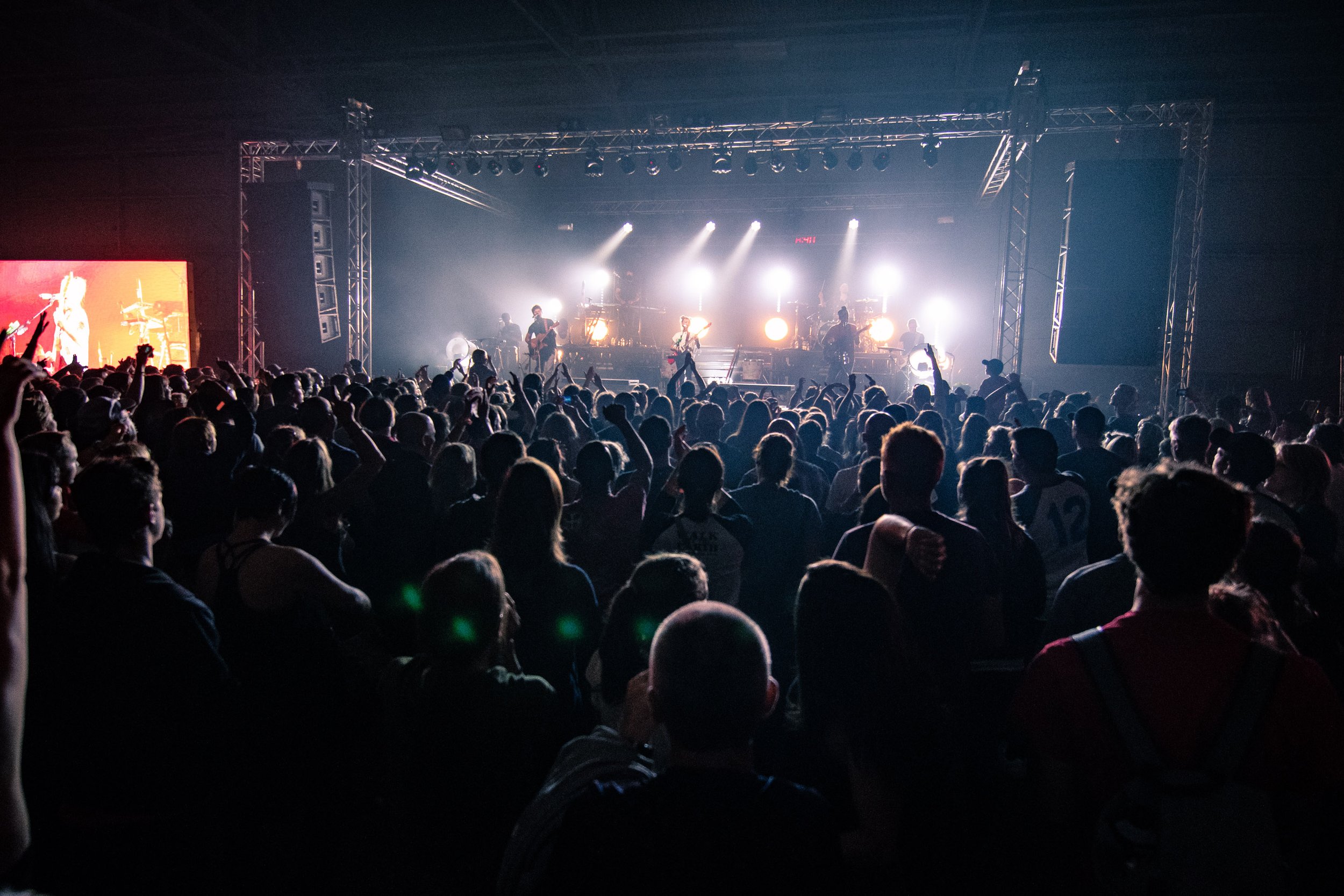 LONDON, July 25, 2022 – To celebrate the return of the Western Fair this September a pair of exciting concerts has been announced. Both will be held in a new Fair venue - the London Major Appliances Olympic bowl of the Western Fair District Sports Centre.

Tickets go on sale this Saturday, July 30th at 10 a.m. See both full releases below. 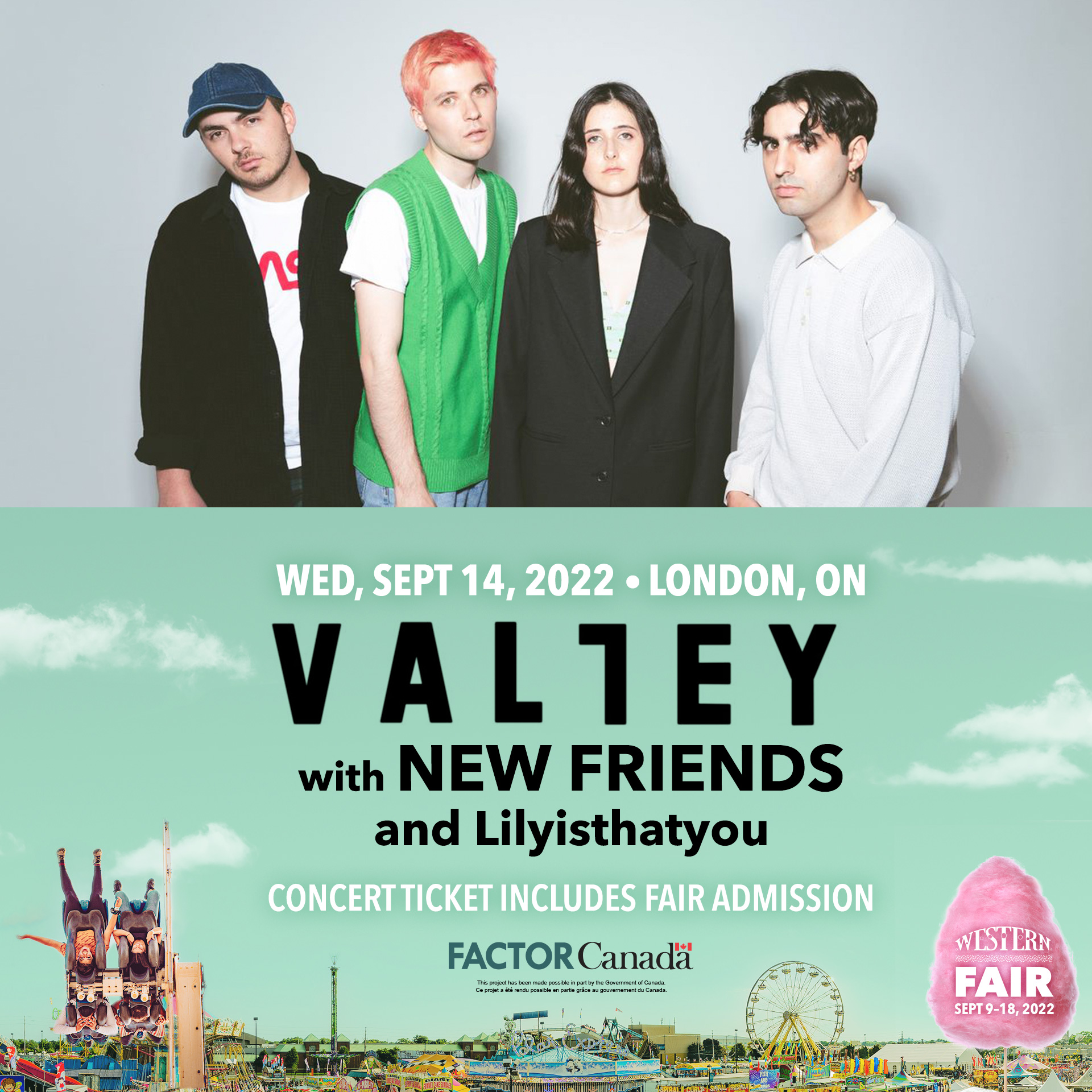 With over 210 million global streams, JUNO Award-nominated, Valley put together alternative pop with the care, adventurousness, and personal touch of a handmade burned CD. Cycling through moods like your favourite throwback Pinterest board, the Toronto quartet—Rob Laska, Michael “Mickey” Brandolino, Alex Dimauro, and Karah James—amplify sticky hooks through eloquent songcraft that’s cognizant of what came before, yet ready for the future. In 2016, Valley formed by accident when a local studio double booked them. During high school, Mike and Karah played in one band, while Rob and Alex played in another. They introduced themselves with self-written, self-produced releases, including the EP This Room Is White [2016] and full-length debut MAYBE [2019].

They joined Lennon Stella and The Band CAMINO on sold out tours across North America and even picked up a 2020 JUNO Award nomination in the category of “Breakthrough Group of the Year.” Following 2020’s sucks to see you doing better EP, the single “Like 1999” exploded. Its genesis traces back to a TikTok post of an unfinished version. After Valley completed the tune in under 48 hours, it went on to inspire hundreds of thousands of creates and eclipse 20 million streams while breaking boarders, appearing on viral charts in the U.S., Philippines, Korea, Japan and more.

After amassing over 100 million streams and earning acclaim from the likes of Atwood Magazine and American Songwriter, the group transmit this signature style through their latest EP Last Birthday for Universal Music Canada and new label partner Capitol Records.

With genre bending anthems translated through impactful and relatable emotions, New Friends are reinventing the standard for what popular music can be. As a product of their childhoods, they are nostalgic for the bands they loved growing up and continue to emulate those influences with a modern twist.

When Stefan Boulineau, Ayden Miller, Cole Wilson and Conrad Galecki crossed paths as music students in late 2018, the group clicked instantly and began working on demos in dorm rooms in London, Ontario. It didn’t take long until their hook-filled debut single, Purple Candy was out in the world. Reaching over 3.5 million streams on Spotify and climbing. They were recently announced winners of the “It’s Your Shot” contest in Canada worth $100,000 in Artist Development. 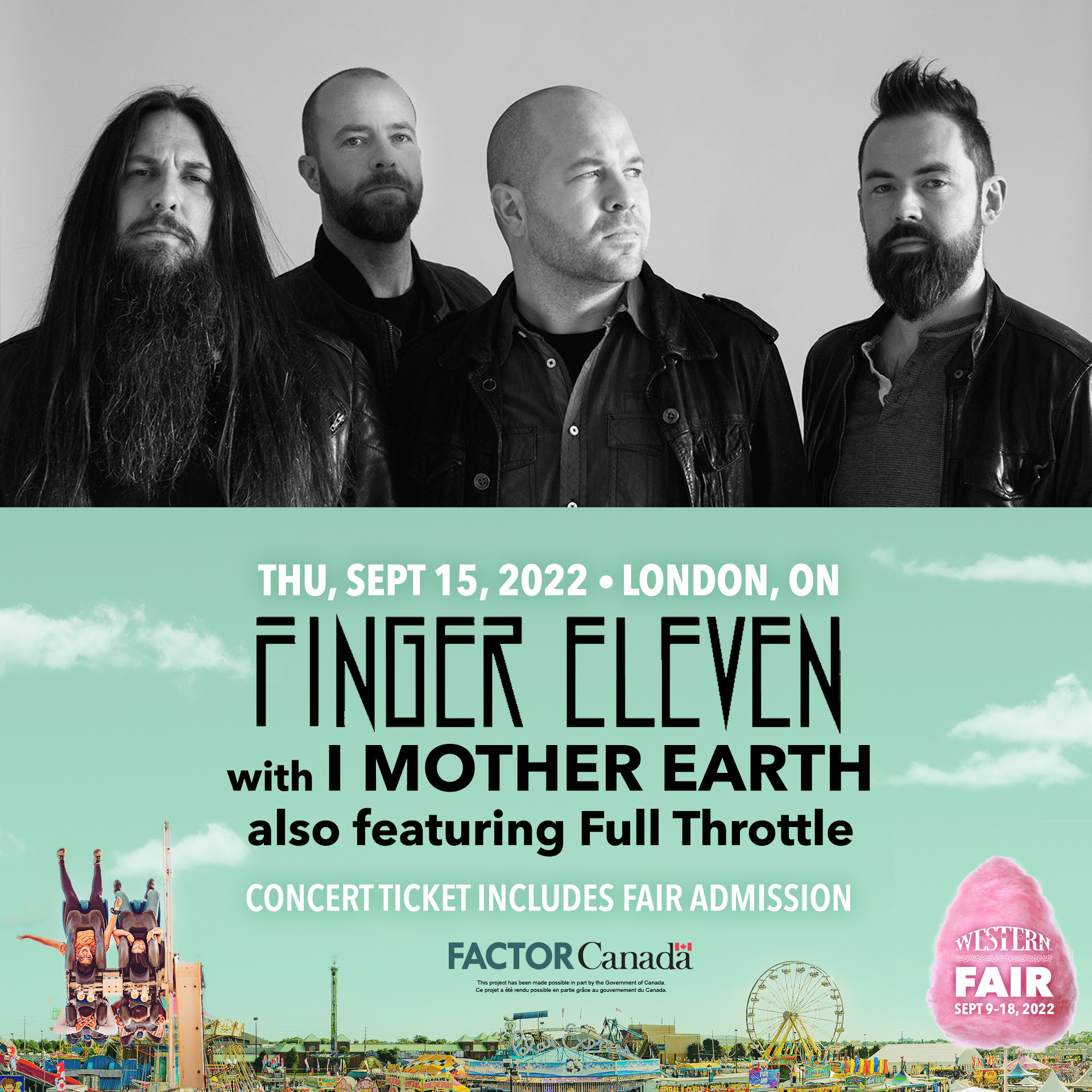 FOR IMMEDIATE RELEASE
FINGER ELEVEN
with I Mother Earth

When Ontario, Canada rockers Finger Eleven decided to start writing the follow-up to their 2010 album Life Turns Electric, the band members all agreed they wanted to do something different, they just weren’t exactly sure what they wanted to do. Since their formation in high school in 1990 (as Rainbow Butt Monkeys), the musicians, Scott Anderson (vocals), James Black (guitar), Rick Jackett (guitar) and Sean Anderson (bass) had released six full-length albums – including the Juno-Award winning Them Vs. You Vs. Me — and experimented with a variety of styles such as hard rock, classic rock, heavy blues and textural pop. So, over a two-and-a-half year period, they decided to try a bit of everything over a multitude of writing sessions.

Their 2003 self-titled album achieved Gold status in the United States and Platinum in Canada, largely from the success of the single “One Thing”, which marked the band’s first placing on the US Hot 100 Chart at number 16.  The 2007 release of Them vs. You vs. Me launched the single “Paralyzer”, which went on to top the Canadian Hot 100 and both US rock charts, as well as reaching No. 6 on the US Hot 100 and No. 12 on the Australian Singles Chart. They won the Juno Award for Rock Album of the Year in 2008. The same album was later certified gold in the US and multi-platinum in Canada. They released their sixth studio album, Life Turns Electric, on October 5, 2010; it was nominated as Best Rock Album of the Year at the Juno Awards of 2011. Five Crooked Lines, their 7th studio album, was released in 2015.

About I Mother Earth

When I Mother Earth first ended their 8 Year Hiatus in March of 2012 they did so by putting a countdown clock on their website that expired just in time for the band to perform 2 sold out shows at Toronto’s Sound Academy.  In 2016 They turned the clock back…. 20 years back to be exact, and reunited with the bands original vocalist Edwin to celebrate the 20th anniversary of critically acclaimed multi Platinum album Scenery and Fish. This reunion caused the band to tour nationally for the first time since ending their hiatus. The tour dates whether on their own or with touring partners Our Lady Peace were a tremendous success and apparently a lot of fun as the band has decided to formally reunite with Edwin for the foreseeable future and even head into the studio to create new material.

Celebrating 20 of Scenery and Fish was a trip for IME. That album spawned 4 Top 10 Hits in Canada with “Raspberry”, “Another Sunday”, “Used to be Alright”, and “One More Astronaut”, but it’s the new music on the horizon and the opportunity to dive into their first record “Dig” that has both the Fans and the Band excited to explore. The debut record featured 4 top singles as well. “Levitate”, “Rain Will Fall”, “So Gently We Go” and Not Quite Sonic all hold a distinct place in the Hearts of I Mother earth fans.

Recipients of this years FCLMA youth award, Full Throttle has  extensive live performance experience and has released two singles on all streaming platforms. They are currently working on a 5 song EP for release this fall. Don’t be fooled, this is not your average teenage boy band!

This project has been made possible in part by the Government of Canada.