Looking for something to do in London this Friday or Saturday night? Come on over to Yuk Yuk’s London for an evening of hilarious comedy featuring Ron Josol with David Burke, hosted by Jay Brown.

Tickets can be purchased online until 6:00PM the night of the show or on-site at the Grandstand Guest Services desk until 9:00PM or the Box Office one hour before the show. You must be 19+ to attend the show.

Ron Josol represents the new generation of comedy. With his modish comedy style and commanding stage presence, he is one of the hottest acts today.
He performs regularly in Canada, U.S., Pacific Islands, Persian Gulf, Asia, central America, the Carribean and the middle east.

He has hosted his own television series on the new omni2 Network called, FLIP. He produced, co-wrote and starred as the lead of a short film based on his true story entitled, Rolling Longaniza, which aired on the CBC Zflicks. He has written and perform on the MuchMusic hit show Video on Trial and MuchMoreMusic.

Ron has taped numerous stand-up comedy specials in his career. He first achieved his own comedy special in 2000, Comedy Now!, on CTV/Comedy network. He has been featured in ABS-CBN’s Slanted Comedy taped at the San Jose Improv and recently recorded two comedy specials produced by Showtime Dubai. In January 2009, Hollywood producers have taken notice and gave him the opportunity to film his 1st US national spot in the LOL comedy Festival on showtime USA. 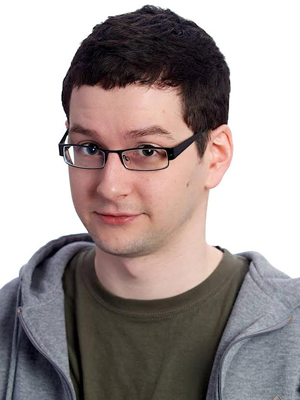 Originally from Halifax, Dave Burke moved to Toronto in 2013 to chase his comedic dreams. Since then he’s performed at some of the city’s finest venues, and some of its leakiest basements. His honest and intelligent comedy will leave you wanting to see more!

Young, hot and cuddly, Jay Brown first did stand up at seven years of age in Jamaica. He was on vacation with his family and attended an open mic night at the hotel’s beach party. He was a big hit and was forever bitten by the comedy bug.

A professional comic since 1988, he has toured all over Canada, the United States, and parts of Europe. A regular on the Yuk Yuk’s International circuit, he has opened for Andy Kindler (Everybody Loves Raymond), Doug Stanhope (The Man Show), and dated Heather Locklear. That last one isn’t really a credit but it’s true and he tells everybody so you’ll eventually hear about it anyway.

Hard edged yet affable, Brown relates hip anecdotes and clever observations with a no holds barred, take no prisoner attitude.

The tattooed Brown has recently added his show stopping electric guitar talents to the mix and brings crowds to their feet with comedy and hard rock licks.

It’s one of the most unique musical/comedy infusions since Henny Youngman jammed with Jimmy Hendrix and has made Jay the most sought after acts anywhere. Clubs are clamoring to book him for return engagements within weeks as opposed to the usual 12 to 16 months.