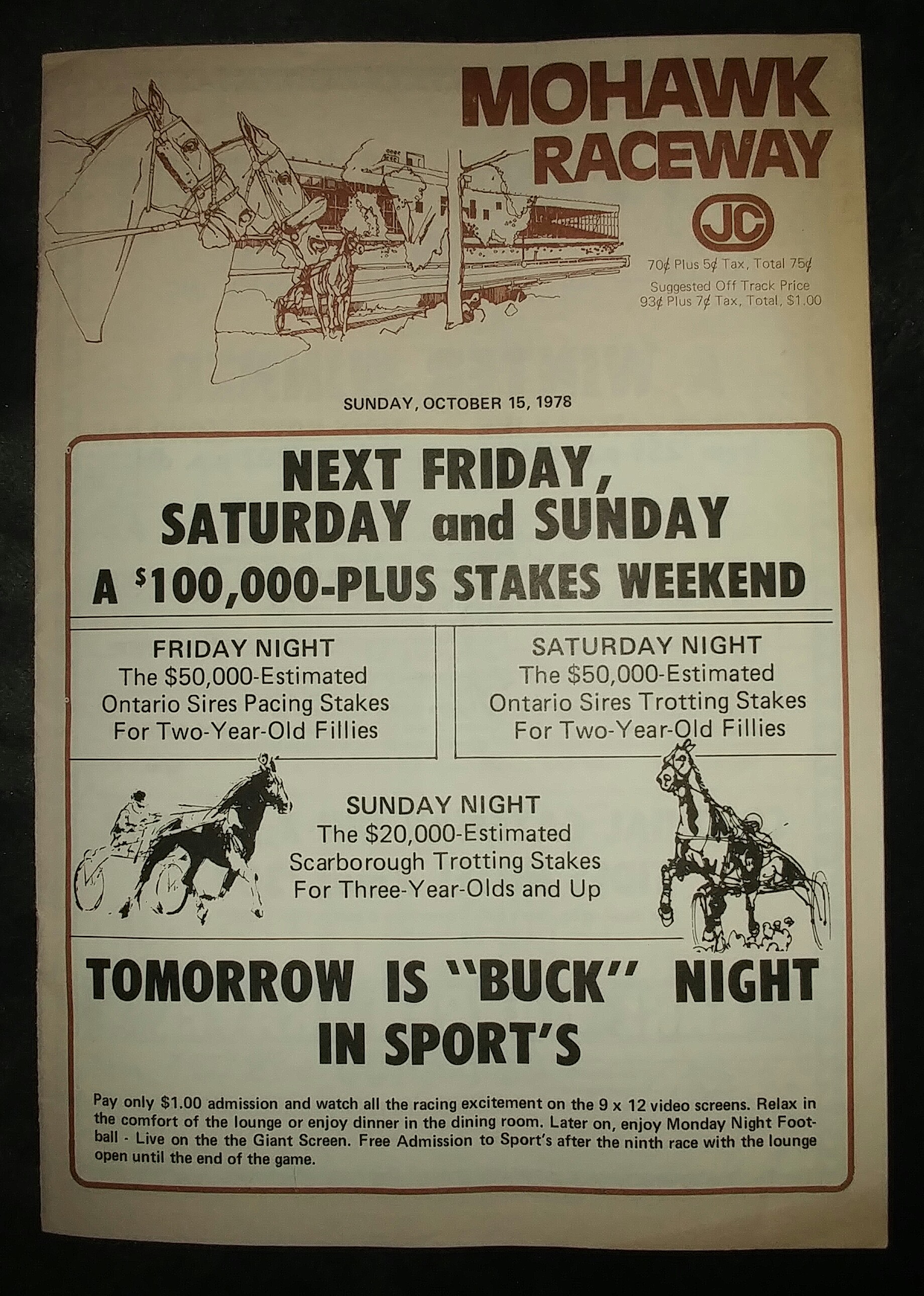 Last week’s ‘flashback’ blog had me thinking about where and when I first remember seeing old harness racing programs and taking a huge interest in browsing through them. It would be almost 40 years ago where I’d be on the road with my Aunt Sadie and late Cousin Steve… Sadie had made a stop in town and while Steve and I waited for her in the car - we opened up the glove box to find a few old race programs rolled up - likely stashed away there by my late Uncle Ed Doyle. I remember looking though them - saying the names of the horses and drivers - what a find! While Steve couldn’t quite understand my excitement.

I’ve been asked often, over the years, if I ever had family involved in horse racing. Uncle Ed owned, raced and bred horses, back home, during the 70’s, 80’s and 90’s - while I raced a few, before I moved on to Alberta, prior to 2006. As far as I know - nobody else in our family were into the sport of harness racing quite like Uncle Ed and me.

Uncle Ed passed away during the summer of 2014 and Aunt Sadie was kind enough to keep a few of his old race programs around - to pass along to me… I treasure them! One that I find interesting comes from a visit to Mohawk Raceway on October 15, 1978. It may have been a vacation or maybe a business trip or it could have been a little bit of both… Uncle Ed’s business was cattle and he always had a huge herd of them situated in fields around Sherbrooke - just on the outskirts of my hometown of Summerside, Prince Edward Island.

This trip to Mohawk would have been when Uncle Ed was 43… A coincidence that I’d make my way to Ontario, as well, when I was 43 to join the team at The Raceway in London… It appears the excitement, of Ontario horse racing, appealed to us both as we got into our 40’s and we just had to be there in person.

It would be a Sunday - for that Mohawk card of 1978 - featuring some real nice horses and they were going for some real good money. I’d assume Uncle Ed would look forward to Race 7 on the day - the $59,800 Mohawk Gold Cup Pacing Stake - featuring a small, but select field of five…

Uncle Ed was always good for marking his programs… His penmanship showed that Dream Maker had won over Le Baron Rouge and Governor Skipper - then came Battling Brad and Senor Skipper. Fractions were 29.4, 1:00.3, 1:28.4 - leading to a mile in 1:58 flat. A big trip for late in the season and a new track record for the aged pacers. 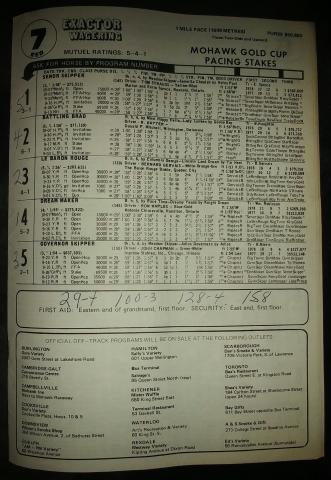 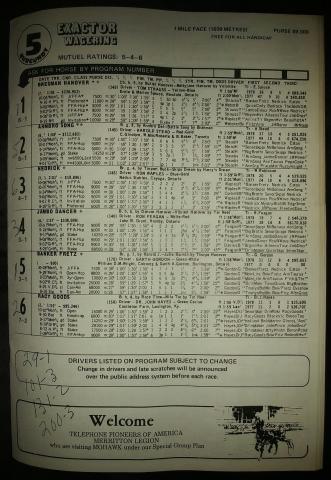 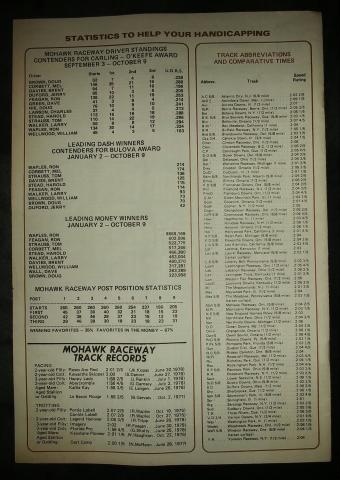 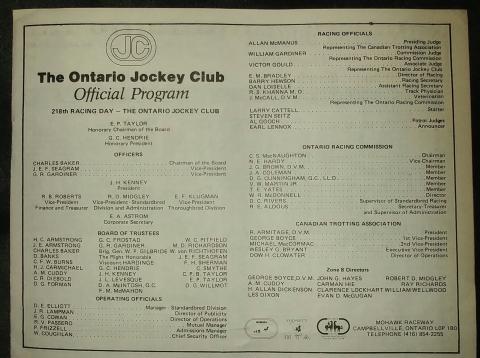 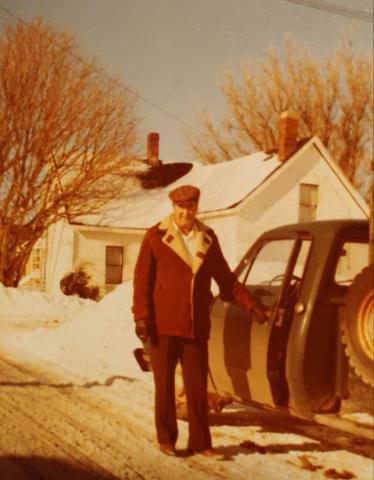 My late Uncle Ed Doyle - back in the day

What Came In Anyway?

A term sometimes used by bettors following a horse race is ‘What came in anyway?’… Our Raceway team follows the numbers closely… From what numbers are winning, to field size, to the wagering numbers – per card, per race, per type of bet – there has always...