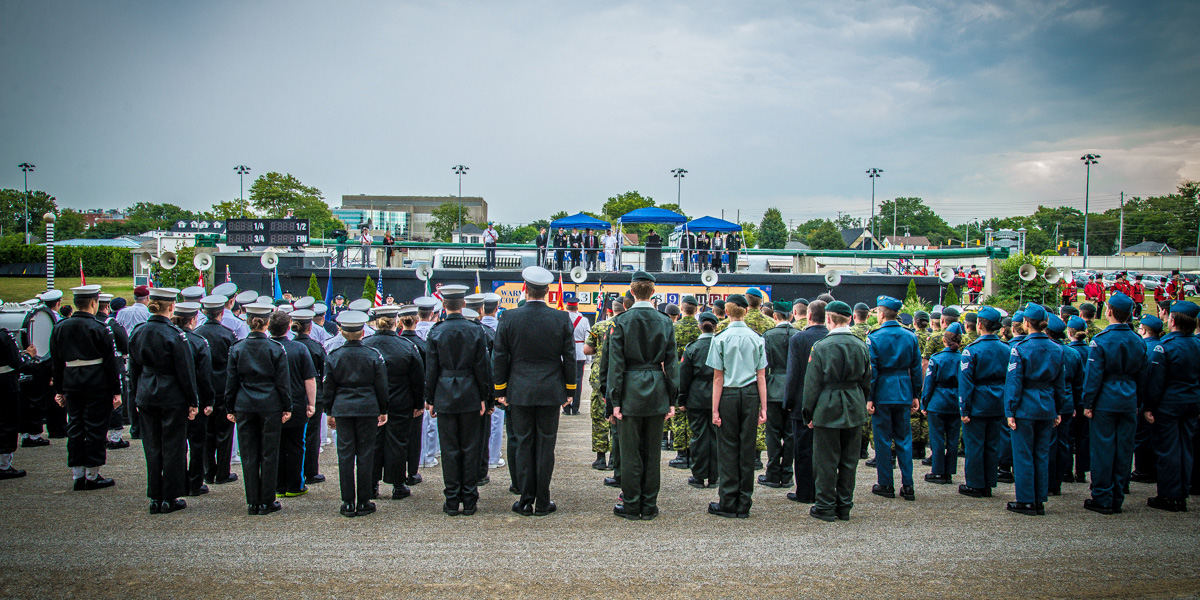 London, Ontario, September 15, 2015:  For 63 years Western Fair District showed its appreciation of Veterans, and those still serving, with an annual parade on the first Saturday of the Fair.  As parade attendance and participation began to decline Western Fair District was inspired to design a new way to honour our Veterans.  As a result, Warriors’ Day was created and will be held on Saturday, September 19, to celebrate and commemorate the long and strong connection between the Western Fair, our serving military and the many sacrifices and contributions of war veterans.

The new format and its numerous activities will reinforce in a meaningful way, our community’s pride in those that serve and those that have gone before them. As a token of the Western Fair’s appreciation, all retired or serving personnel will be given free admission at the gates on September 19th with their military service card.  Fair patrons are encouraged to wear red on Warriors’ Day and if they wish military personal will have poppies available at the fair gates, for a donation.

During the day, 26 military groups, Legions, museums and other organizations, will showcase displays throughout the grounds and buildings to educate the public on past and present activities and recruit new members.

At 1:00pm on September 19, Western Fair and Military officials will unveil and dedicate a new memorial located in the District on the eastside of the Agriplex. This new memorial will commemorate the Western Fair’s history with the Military and also reconfirm that those who gave service before self, shall never be forgotten.

Opening ceremonies, to which the public is cordially invited, will be held on the military stage located on the patio of the East Annex at 2:00 p.m. The short program will include the arrival of a flag party, a series of Military Moments to introduce a cross-section of units that have helped deliver our freedom since the early 1800s and will conclude with one and all being invited to join in a rousing chorus of O Canada.

After 2:30 p.m. the military stage will be turned over to entertainment including military bands, pop and country singers and other area performers who will entertain until the early evening hours.

Adding to the appeal of this year’s program is an authentically decorated Warriors’ Day Canteen located in the East Annex. The canteen has always been a popular location on any military site. On this occasion, it offers civilians and military over the age of 19, a chance to grab a seat, talk to some veterans and relax in a cheerful environment. And it won’t surprise anyone if the singing of some good old war-time favourites breaks out.