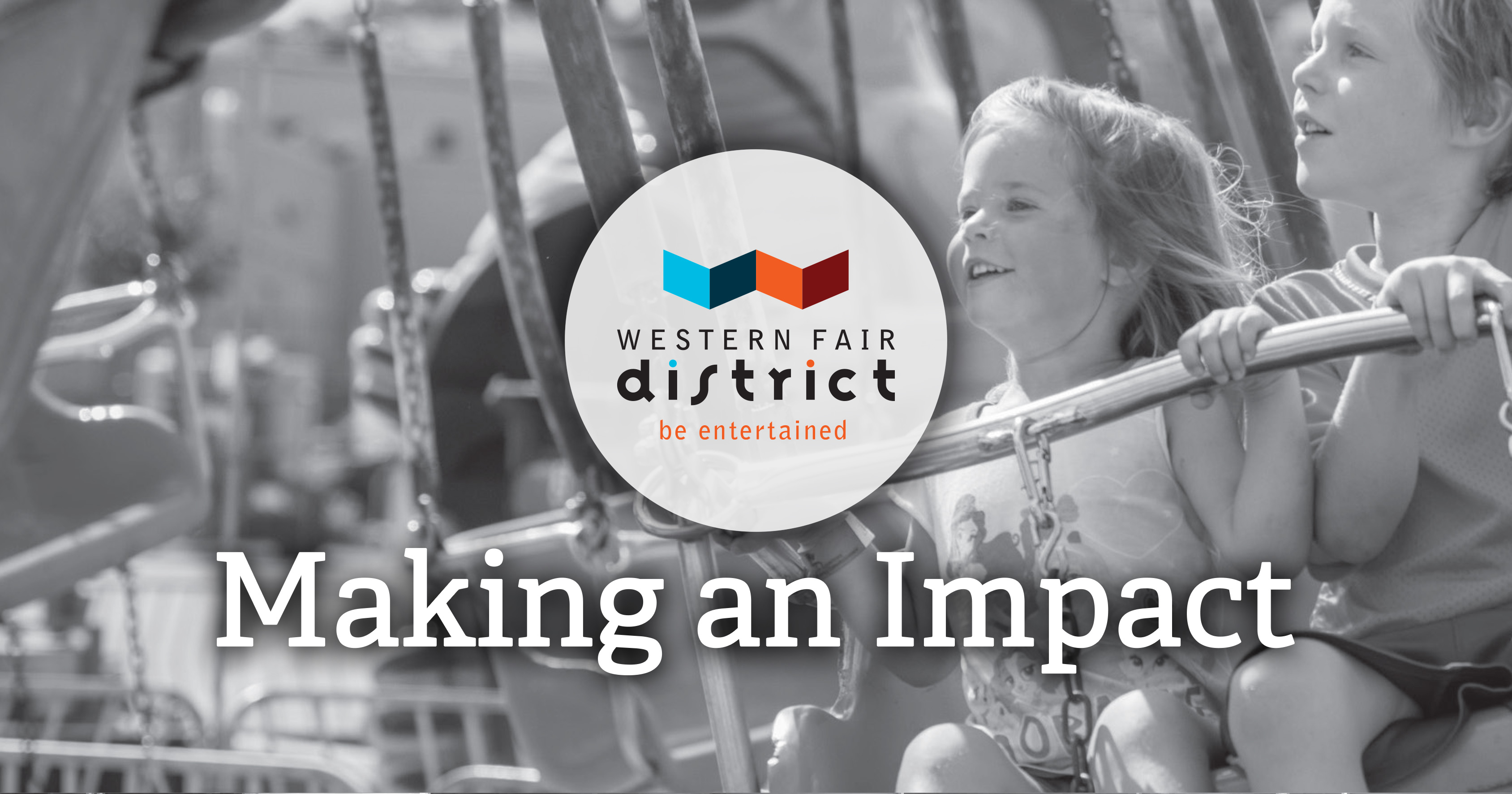 Western Fair District released a new report this morning which highlights their contributions to the economy, community and people that they serve as an organization. ‘Making an Impact’ touches on a recently commissioned economic impact study from KPMG and also demonstrates the broader impact of Western Fair District’s activities.

As part of the Mayor’s State of the City address this morning, London Mayor Matt Brown highlighted some of the report’s impressive numbers and the impact Western Fair District and the 2.9 million visitors it draws annually have on the city of London.

Also highlighted is the $196.1 million in gross domestic product and 3,585 full time equivalent jobs contributed to Ontario’s economy. “It is apparent that the Western Fair District plays a key role in the development of London’s economic landscape. Not only do its activities enhance economic prosperity but also the quality of life in London by continuing to provide diverse entertainment offerings to the community,” said Gerry Macartney, CEO of the London Chamber of Commerce.

After rebranding in 2011 the Western Fair District has been expanding its offerings and making its mark as a recognized entertainment destination in the region. “Western Fair District has grown to be a key tourism destination in London. From sports tournaments, to concerts and events, the economic impact facilitated by the District’s activity is invaluable to the city and helping put London on the map,” explained John Winston, General Manager of Tourism London. Western Fair District continues to expand its offerings, and with them, the impact continues to go far beyond the event, agriculture and entertainment business.

The report shares the various ways that Western Fair District is ‘Making an Impact’ on the community, economy, industries and most importantly the people that it serves.

About the Western Fair District:

Western Fair Association is an Agricultural Society that, through its people, activities and facilities, excels in creating unique experiences that fulfil the evolving entertainment, recreational and educational interests of our customers.