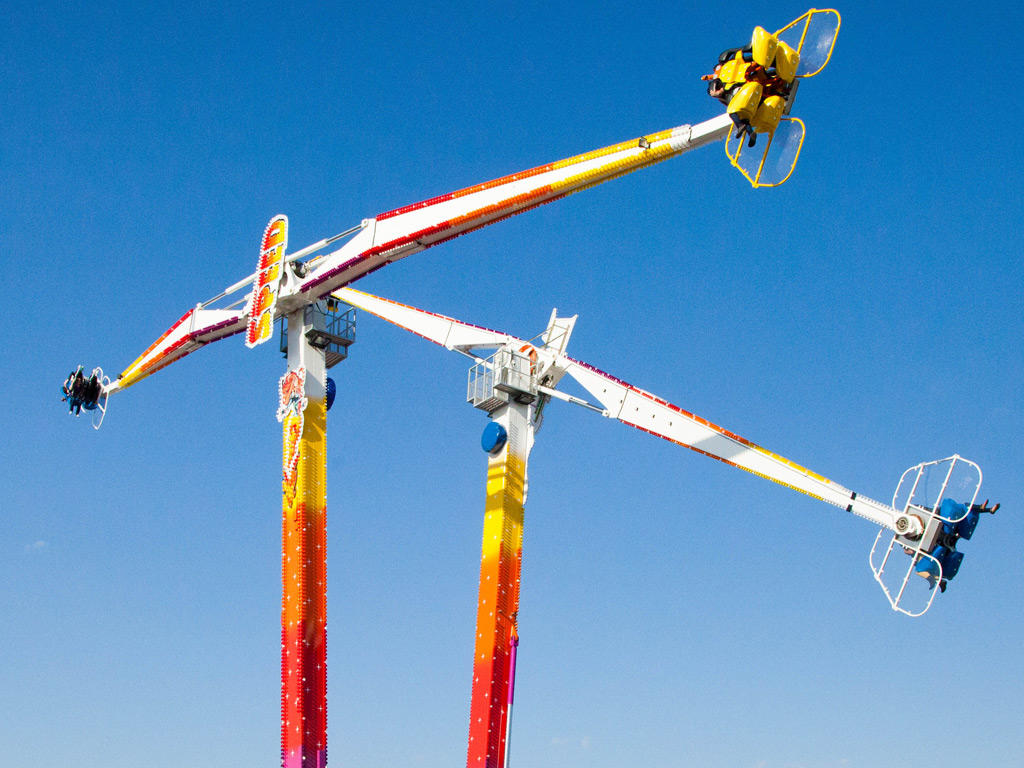 The Western Fair joins North American Midway’s other family of great fairs in Canada, including:  The Calgary Stampede; Edmonton K-Days; Saskatoon Prairieland Exhibition and the Canadian National Exhibition in Toronto.

The District and North American Midway Entertainment share a number one priority, customer rider safety.    NAME’s programs include safety training for all employees, in-house and third party routine daily inspections and best practices and policies in the Outdoor Amusement Business.

“We are very excited to bring our presentation to London and the Western Fair; we believe that our newly-formed association will bring a brand new and exciting era to the Fair, the possibilities are endless,” said Tony Diaz President of North American Midway Entertainment upon the signing of the new agreement.  “In 2015 we are bringing many new rides that have never appeared at the Western Fair before.”

NAME will continue to honour Western Fair’s tradition, since 1867, of providing the community with a superior entertainment product, great energy, fun, and community celebration and has committed to present at the 2015 Western Fair:  a Blitzer Roller Coaster;  Niagara Falls Water Flume Ride;  a 110-Foot Giant Ferris Wheel;  Mega Drop Tower and Mach 3 ride, which is a 37 meter arm that with two seats mounted at each end, produces a 3.5g on riders, to name a few of the new rides.   Diaz also noted that due to the size of the ride inventory, new and exciting rides will be provided year-after-year to keep the midway presentation fresh and exciting.

“We are very pleased with the carnival partnership we have forged with North American Midway.  The 2015 fair, our first offering under the partnership, is an exciting start to a new beginning for our signature event,” said Hugh Mitchell, CEO.

The Western Fair District has a rich history contributing to the social and cultural fabric of London and the region of Southwestern Ontario.  It has proven to be a leading year-round entertainment, agricultural, commercial, sports and recreational destination for residents of the city and far beyond, anchored by the annual Western Fair, one of the Top 100 Events in Ontario.  North American Midway Entertainment’s Canadian headquarters are located in Brantford, Ontario with regional headquarters in Calgary, Alberta.