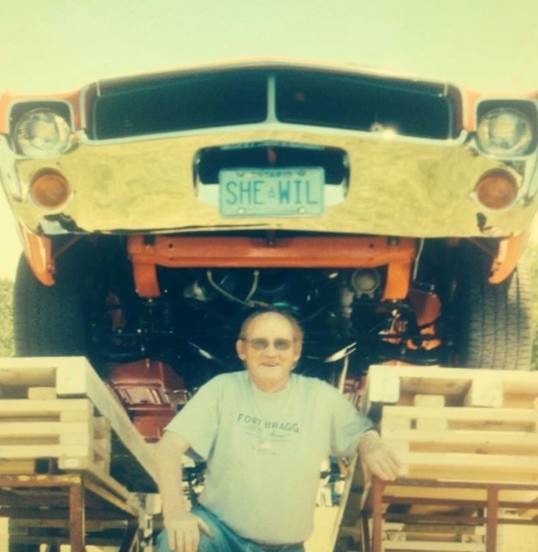 “I said that Demo Derbies wouldn’t last five years when they started. I guess I was wrong… there is something about it that people love.” – Walter Williams

London, Ontario, August 16, 2018:  The Western Fair is highlighting a fan favourite, the Demolition Derby for two Sunday’s (Sept. 9 & 16) in 2018. Typically a final Sunday staple of London’s fall classic, organizers brought the Derby back in 2017 to a packed grandstand. “We loved the response and wanted to celebrate an attraction that has become a tradition for many by offering bookend shows, one on each weekend in 2018,” said Heather Blackwell, Director of Urban and Rural Affairs.  To celebrate its longevity you have to appreciate the story behind the adrenaline packed showcase, and to do that you have to tell the tale of the Williams family, who brought their act to the Western Fair in the 1960’s with an attraction called the Hell Drivers Stunt Show. The rest is history.

Walter Williams knows the Derby business. An entertainer from birth, a businessman by trade, and a family man by heart, Walter and his twin brother, the late Bill Williams, have earned the title of Canada’s original motor sports entertainers and Thrill Show Production Inc.’s founding fathers through perseverance, integrity, and a desire to seek out unprecedented thrills.

Their lifetime of entertaining began many moons before this, playing instruments, pursuing gymnastic tumbling, and combining acrobatics with roller skating. “I caught the entertainment bug at a young age,” Walter reminisces. “I was managing the old London Arena at the time and got to meet some famous people of the time, like Johnny Cash, and I think that is where the seed first got planted.” Their trampoline act The Magic Carpet, featured the boys balancing on a single pole 50 feet in the air. While sky high, they received their big break and reached new heights professionally, opening for the famous Harlem Globetrotters. Travelling the world led to many eye opening experiences, namely discovering an untapped entertainment market. Enter, the Derby. Walter fondly recollects, “(We) weren’t car buffs but when we saw what was being done with cars we thought there was a real opportunity there”.

The Williams brothers went full-throttle into exploring the wonderful world of vehicles. “My brother and I first started at Western Fair in 1966 with Helldrivers Stunt Show. We went to New York to train with the New York World’s Fair Helldrivers and took what we learned back to Canada where the show became extremely successful for a number of years and led to many other opportunities for us.” This opened up doors, including locally. “We started doing the Demo Derby at the Western Fair in the early 70’s. A gentleman from Michigan did it initially until he retired and then Anne Eadie (Western Fair’s Entertainment Manager at the time) contacted us about doing it, so it’s been a long time….” His biggest piece of advice? “I learned a lot about dealing with different Fair boards and the different people involved. I learned that you get a lot more with honey than you do with vinegar.”

Walter seemed to have it figured out, but was he confident in the future of the Derby business from the beginning? He chuckled, “I said that Demo Derbies wouldn’t last five years when they started. I guess I was wrong.” His initial reason for getting into the entertainment industry continued to fuel him during the many years to follow, “What I loved most was meeting the people – both casual fans and famous people.  Even though we don’t get the same numbers of cars that we used to it still draws amazing crowds.”

At 85 years old, Walter claims he has never had a full-time job, has found pleasure in work being his own boss, and remains one of three New York World’s Fair Helldrivers who are still alive to date. His nephew Jeff is currently one of the most sought after stuntmen in Hollywood, and his son John (J.T.) is a Colonel in the military and has recently been assigned to the Pentagon. Walter continues to practice what he preaches about hard work, and 40 years later is still working part time driving a Brink’s truck. While he has sold his share of the business to a long-time employee, he continues to be an active part of Thrill Show productions in a consulting role. When asked about the success of Thrillshow Production Inc. as being a diamond in the Canadian entertainment landscape, he pays tribute to his unwavering family support. “This has been a family business from day one and continues to be which makes it very special. The kids were always around the shows and knew they were there to work and not to play. They learned about the business from the ground up and how to do things the right way. I think that’s why we have been around so long.”

Although the chapter of life on the road has since closed for Walter, he remembers his yesteryears nostalgically, “It’s not an easy lifestyle and you’re very much like a travelling carnival worker, packing up from one Fair and perhaps driving 500 miles to the next one. But, I wouldn’t trade it for the world.”

*Above image shows Walter standing below one of the 1969 Javelins that was part of the Trans-Canada Hell Drivers Show - taken on his 80th Birthday.