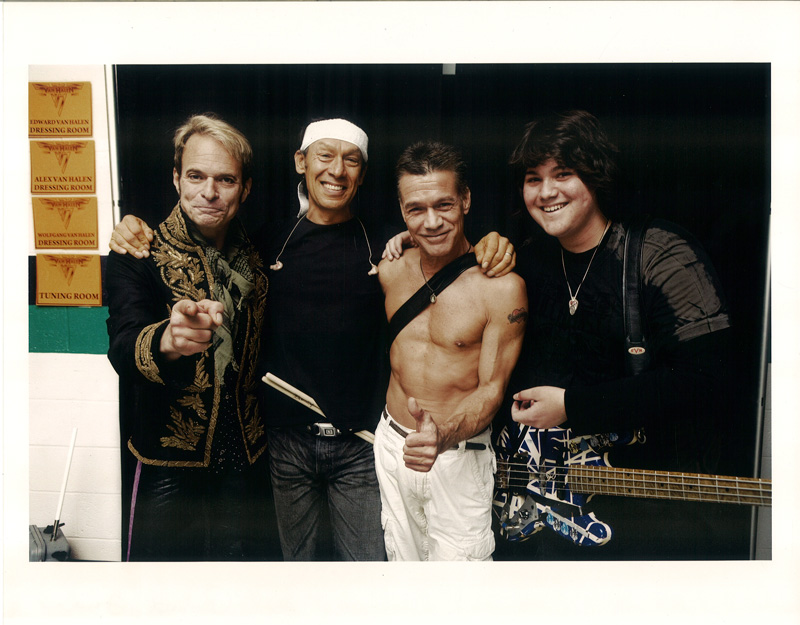 (plus FMF and service charges)

American Express brings you to the Front Of The Line

Visit www.americanexpress.ca/frontoftheline for information on advance ticket access to this show

VAN HALEN will take the stage in London, Ontario at the Western Fair District on Wednesday, August 5th. Special guest Kenny Wayne Shepherd Band will support all dates along the tour. Tickets for the London show go on sale beginning April 4 at 10am via www.ticketmaster.ca and www.livenation.com.

In 2014, to prepare for the endeavour the Western Fair District took on a renovation in the infield of the racetrack to ready the site for outdoor events of the size and calibre that Live Nation anticipates.

Live Nation has strong ties to London already at Budweiser Gardens. Live Nation’s presence in the city will continue to grow with the Western Fair District’s new venture. Brian Ohl, Global Spectrum Regional Vice President and General Manager of Budweiser Gardens explains, “An outdoor concert and festival venue provides a great complement to the region’s music market and is exactly what Southwestern Ontario and the city’s music scene needs.”

The Western Fair District and Live Nation’s collaboration will strengthen London as a comprehensive music hotbed by bringing new outdoor music experiences to Southwestern Ontario under the Live Nation banner. “This partnership will have a significant impact on music tourism and will bolster visitations and economic activity in London,” states John Winston, General Manager of Tourism London.

In celebration of a 2015 Summer/Fall North American Tour, VAN HALEN will perform a special concert for Jimmy Kimmel Live tonight, March 30 on Hollywood Boulevard. Featuring some of the band’s essential rock and roll classics, the concert will be broadcast over two nights, March 30 and March 31, on the late night talk show and marks VAN HALEN’s first U.S. television performance with original lead singer David Lee Roth.

Also being released beginning March 31 are remastered versions of Van Halen and 1984, with remastered versions of Diver Down, Women and Children First, Van Halen II and Fair Warning due out later this spring. Each album has been cut straight from the quarter-inch tapes for CD, 180-gram vinyl and for the digital version by mastering engineer Chris Bellman, who remastered the original albums for Bernie Grundman Studios, Hollywood, CA. These albums are being released beginning March 31 with pre-orders available now through Amazon and iTunes now.

Formed in Los Angeles in 1974, VAN HALEN changed the rock and roll landscape forever with the release of their self-titled, 1978 debut album and subsequently produced a repertoire of hits that remain some of the strongest and most influential rock songs ever written that fans will admire for decades to come. With more than 75 million albums sold worldwide, and more No. 1 hits on the Billboard Mainstream Rock chart than any other artist, the band’s record of achievement is hard to top. The eponymous debut album and 1984 were both certified Diamond, for U.S. sales in excess of 10 million, placing them on an elite short list of double RIAA-certified Diamond Award honorees. VAN HALEN was inducted into the Rock and Roll Hall of Fame in 2007.

Go to http://van-halen.com/ for updates and more information.

About the Western Fair District:

Western Fair District is a year-round entertainment destination offering dining, horseracing, gaming, sporting events, comedy, music and live entertainment, a farmers market, trade and consumer shows and historic annual fall fair.  The District provides entertaining experiences that enrich your life and the community at every level.  It is located in the heart of London, Ontario, located just minutes from the 401, Via Rail Station and downtown hotels with public transit having multiple routes passing through Western Fair District.  WFD provides an open air festival environment on its 80 acre site, with beautiful London, Ontario as its backdrop.  The site’s namesake, the annual Western Fair, is one of the province’s most distinguished annual occasions and a Top 100 event as chosen by Festivals and Events Ontario.