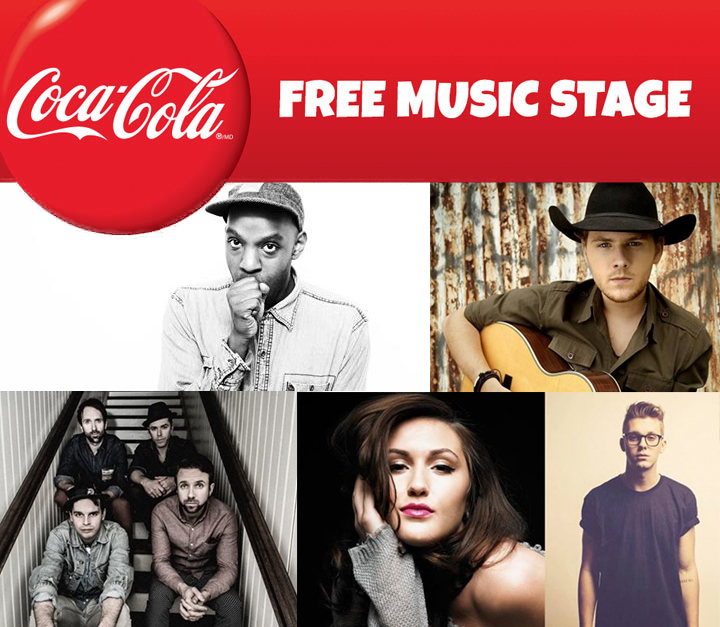 London, ON, August 19, 2014: The FAIR’s FREE CONCERT STAGE will be the place to be this September with the final acts announced to complete its music line-up.  Earlier this month The Sheepdogs, George Canyon, Glass Tiger and Cody Simpson were announced with advance ticket sales.  The Trews, Brett Kissel, Shad, Virginia to Vegas & Alyssa Reid round-out the entertainment for London’s last blast of outdoor summer music stages.

Virginia to Vegas & Alyssa Reid – Saturday, September 6 - Are two stars that are going to shine at Western Fair. Derik Baker, a 24-year old wunderkid hailing from small-town Ontario was discovered on YouTube in 2013 and Alyssa was similarly scouted on You Tube by her record label. Virginia to Vegas released his debut single We Are Stars ft. Alyssa Reid and the song instantly connected with Canadian radio listeners and raced all the way up the charts. Alyssa like any 18 year?old Canadian teenager, lives for her music.  She has been climbing the charts with songs like Alone Again and her performance promises Satisfaction Guaranteed.

The Trews – Monday, September 8 - A Canadian hard rock band originally from Nova Scotia, has been climbing the charts for over a decade with five studio albums and thousands of fantastic gigs. With songs like Hope & Ruins, The Power of Positive Drinking and new hits from this year’s most recent album, The Trews, the band’s music will deliver a rock experience TREW fair fans are gonna love.

Brett Kissel – Tuesday, September 9 - In March 2014, he was named Breakthrough Artist of the Year at the Juno’s and come September, country music fans can fall in love with this country music star, when he dazzles his audience with songs like Started with a Song and Raise Your Glass.

Shad – Thursday, September 11 - London’s very own, critically-acclaimed, Juno Award winning Rapper, Shad, returns to the Forest City to thrill loyal fans.  His followers span the globe, Kenyan born to Rwandan parents he relocated to London, Ontario as a young child and after high-school wrote his first songs. He hasn’t stopped since and last fall saw the release of his much anticipated fourth full-length album, Flying Colours.  Shad is sure to be a home-town favourite!

Western Fair gives a number of grassroots artists the chance to experience opening for our concert headliners.  It’s a great experience for up-and-coming artists and the audiences love it too!  The Fair continues its tradition with the following opening artists:

Trevor Horman opens for Virginia to Vegas and Alyssa Reid

The Heavy Heavies opens for Shad

Kevin Greene and the Awesome Sauce opens for Glass Tiger