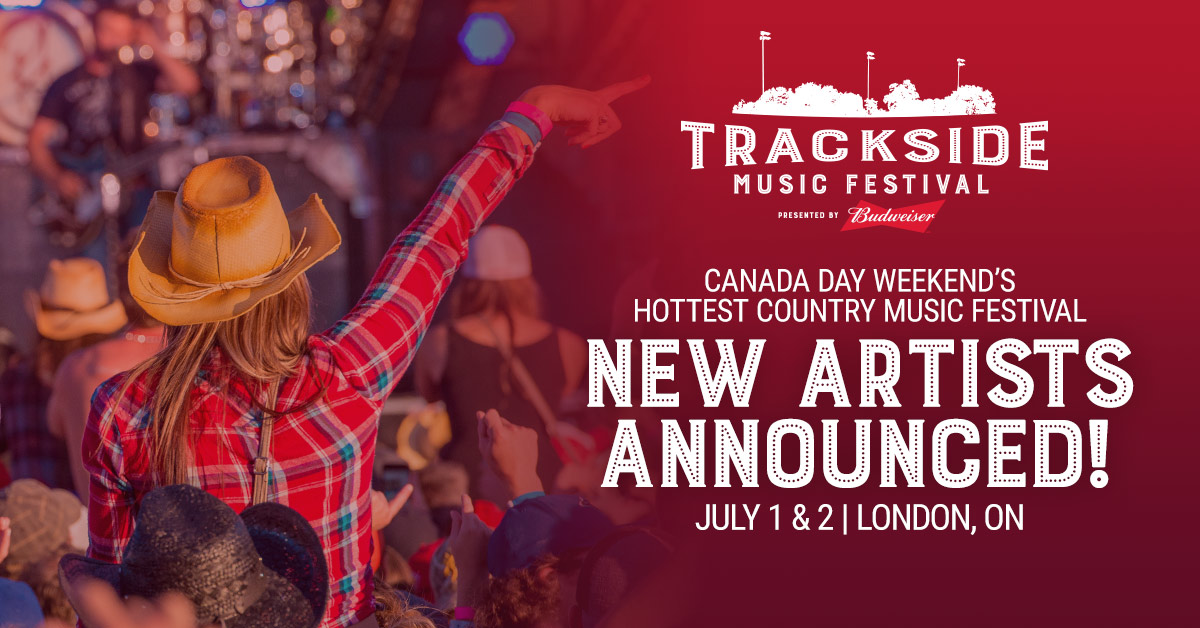 Joining previously announced headliner Thomas Rhett and Canadian artist Dallas Smith on July 1st will be American country music singer-songwriter Canaan Smith as well as Canadian country music singer, songwriter, and guitarist Lindsay Ell. Trackside fans will be able to “get rowdy” with Aaron Pritchett who will bring his rock energy to the country audience on day one of the festival. Exploding onto the country music scene in 2012 Genevieve Fisher has risen steadily as one of Canada’s top female country artists and she will take the stage in her hometown this Canada Day.

Day two of the festival, headlined by Kip Moore, alongside the already announced Brothers Osborne will be five Canadian country music acts. Country music fans will be kicking it with favourite Brett Kissel who will ring in the country’s birthday weekend at Trackside for the second year. Fellow Canucks Meghan Patrick, James Barker Band, Rivertown Saints and The Recklaws have also been added to the July 2nd line-up and round out the weekend’s festivities.

Still to be announced are the local acts who will perform on the Sidetrack Stage for the Home Grown Showcase.

The fourteen act, two-day festival promises to be a show-stopping, boot stomping country music party, with top country music artists making it an experience that you just won’t forget!

Dust off your cowboy boots and get ready to ‘Kick It Trackside’ this Canada Day weekend with country music’s finest! Learn more and buy tickets at www.tracksidefestival.com